When you can’t be in the Field: Taking working from home to the extreme

Te Papa’s touring exhibition Bug Lab has enjoyed a very successful season since June 2019 at one of the largest museums in the world, the Field Museum of Natural History in Chicago.

The exhibition was due to be deinstalled from 20 April with a team from Te Papa onsite to lead the Field Museum’s deinstall team.

However, both museums were closed due to Covid-19 and in a lockdown environment, the United States border was closed for travel, and the timeline for when things would open up was uncertain.

This is what happened instead.

The larger-than-life critters from our exhibition Bug Lab have been touring the world since leaving Wellington in mid-2017. Their first stop was Melbourne, then they popped back to Auckland before voyaging a little further afield, across the Pacific to the United States, where they’ve made a home for themselves – first in Charlotte and most recently in the other Windy City, Chicago, where they’ve moved in with Sue, arguably the world’s most famous T. rex.

Bug Lab opened at the Field Museum almost a year ago and was set to close in April – but Covid-19 caused the museum to close its doors in March. So …

In the midst of lockdown uncertainty, we made the decision to identify local US installers and Systems Engineers who could represent Te Papa and undertake the deinstall supported remotely by Te Papa staff in Aotearoa New Zealand.

Touring Exhibition Manager Pat Stodart lead the process of seeking expressions of interest, interviewing, and then contracting a US-based team. There had to be a robust safety plan created for Field staff and contractors for sharing of tools, PPE and equipment, along with coordinating crate deliveries and storage. This was all very new.

Museum EXP carried out condition reporting of the insect specimens alongside the Field Museum’s register and cross-pinning the insects for their long transit to the next venue in Canada.

Mark, Piet, and Mike were online by 6am, and spent five hours each day working with the teams. Like a lot of people working remotely during lockdown, this unique situation allowed us to form a close bond with our overseas whānau.

Our contracted USA crew, Museum EXP, proved excellent ambassadors for us and the level of goodwill between the three parties – the Field, Museum EXP, and Te Papa, across 19 time zones, 17 hours apart – was exceptional.

Piet says the success of the project was down to “great leadership, and the detailing that we did on documentation”.

“Having an excellent team at the other end was also vital,” he says. “After our daily briefing to Chicago – our early morning, their early afternoon – we would remain online to answer any queries, and sometimes to watch a particular object being disassembled.

“We would quietly get on with our work, discuss the next task or talk about topical news events – water cooler talk. We were visible to the folk in the museum on a big screen monitor. They came to enjoy The Morning Show!”

A familiarity with the Chicago museum also helped, adds Mike.

“The Field Museum is an amazing place to work. We’ve been there a couple of times before and know the crew and the space pretty well. That gave us a really nice edge in the logistics of moving large amounts of gear around the gallery, staging areas, lifts and loading docks,” he says.

“The Field’s in-house crew are a great team to work with and we were very lucky to have a good core of the install crew back working with us on the out [deinstall]. Add that to an amazing group of techs from the Museum EXP team as well the McCollister’s transport team and the result was a very well organised and executed deinstall.”

One of the more peculiar deinstall jobs is to clean the dragonfly models that reside in the zoetrope. They needed their ‘dust beards’ removed. Dust beards form when you are spun inside a zoetrope for eight hours a day, seven days a week at high rate of revolutions per minute over a period of eight months.

Testing the zoetrope mechanisms. Excerpt from an online video call between Museum EXP and Te Papa

Pat and Mark have now been asked to present several webinars in Australia and the USA talking through their experience and just how to do this, as many museums are facing the same issues.

Bug Lab’s next appearance will be in Canada, although the side effects of Covid-19 and logistics may still prove to be a bugbear for some time. 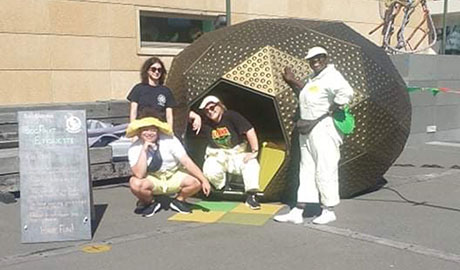 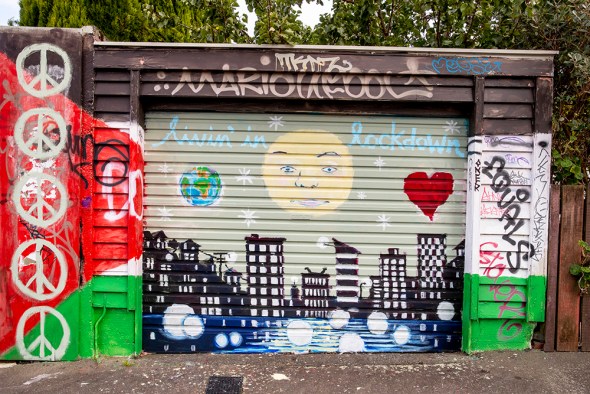 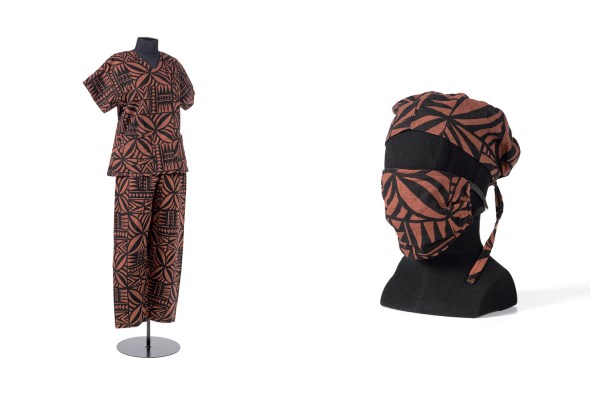