Yesterday marked a huge day of commemorative activity in Tauranga to signify the 150th anniversary of the Battle of Pukehinahina /Gate Pā, and here in Wellington, Te Papa also contributed to the commemorations.

The museum flew a replica of the Gate Pa flag from its main flagpoles to acknowledge the 150th anniversary. It was flown not only as tribute to the Gate Pā conflict but also to honour the NZ Wars commemorations that are taking place around the country. See this blog entry for more background.

We had a karakia led by Te Arikirangi Mamaku, sang a waiata from Tauranga, and were assisted by the Head of Security to raise the flag. The flag was taken down yesterday evening.

Here are some images taken during the raising, to share with you. Kia ora. 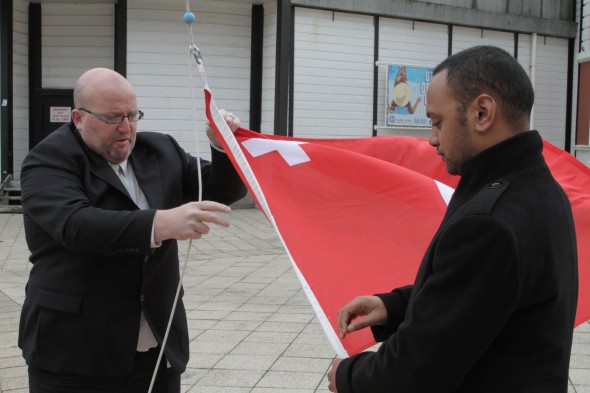 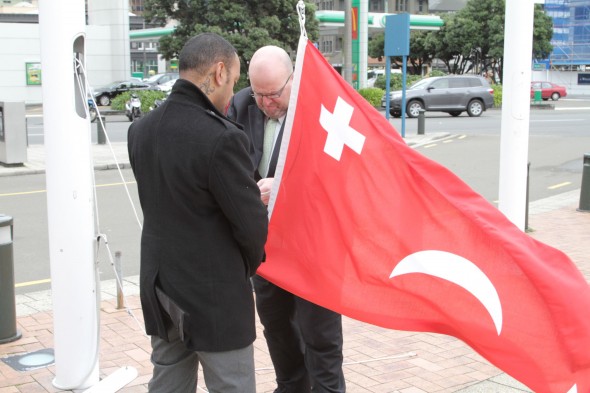 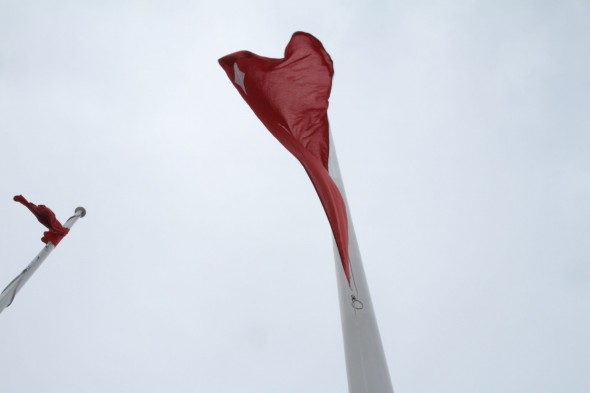 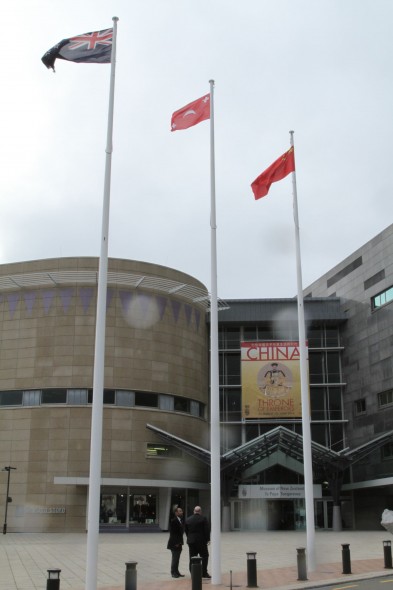 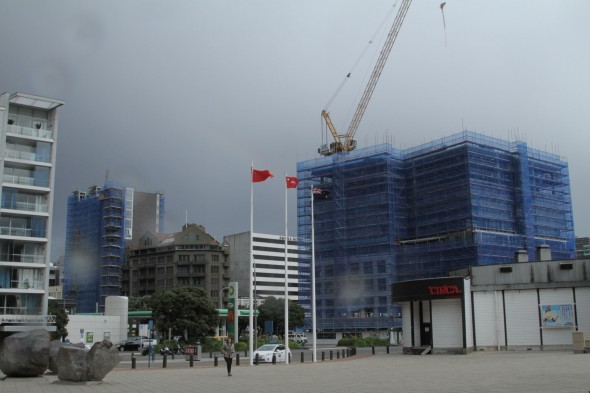