For most New Zealanders, the name James Crowe Richmond is an unfamiliar one. Yet the landscapes he captured during his travels through southern back country evoke a quiet nostalgia for a rugged, untamed colonial New Zealand.

These beautifully rendered watercolours have certainly captivated me for the past five weeks as I have been lucky enough to work as an intern for Te Papa through Victoria University’s BA internship programme. Since late July, I have been researching a selection of thirteen Richmond watercolours from the early 1860s. My chief task has been uncovering the geographic location of each work, as well as the socio-political context behind each painting’s creation. So far, my investigations have been interesting, unexpected and in some places inconclusive…

A Man of Divided Interests…

Like many British immigrants, J C Richmond arrived in New Zealand seeking a better life. Richmond originally trained as an engineer. But in New Zealand he moved from farming, to local politics, to journalism and back to politics again as Commissioner of the Crown Lands. But we should not paint Richmond as a ‘jack of all trades’, rather we need to consider New Zealand’s status as a colony in the mid 19th century. This land was not “as rich” as the Richmond family “was led to believe” – consequently, James was forced to adapt to whatever position was offered in this turbulent, developing colony, to ensure his and his family’s survival.

Perhaps unsurprisingly, James was often deemed restless and melancholic by his family. Art seems to have been an outlet of sorts from his unpredictable and somewhat unsatisfying array of occupations.

Richmond was largely self-taught, having no formal artistic training, bar a short stint at a London drawing academy at the end of 1849. Yet his paintings have a compelling beauty to them in their faithful expression of local light and mountainous landscapes, as well as in their attention to the scrubby New Zealand bush and unique cloud formations. While Richmond’s background skies, hills and various land formations are superbly executed, he does tend to struggle with foreground, often leaving it sketchy, largely unfinished. After examining these works in detail, I’ve come to appreciate the telescopic lens Richmond offers. He constructs an image that looks beyond the immediate and into the landscape ahead. A tenacious perspective valuable for a colonist during this volatile period.

Establishing infrastructure that would aid early New Zealand’s fledgling economy was one of Richmond’s key aims as a colonial politician. Unsurprisingly, this political purpose seeped into Richmond’s watercolour landscapes. Whilst representing Omata in house, Richmond took on the role of editor of the Nelson Examiner, moving to the South Island town in January 1862 due to outbreaks of conflict in Taranaki. James’s letters reveal he that found the work of editing the Examiner ‘thoroughly distasteful’, though the job did have some perks. The paper’s founder, Charles Elliot, proposed he should visit the Grey and Buller rivers in Westland “to give some account of the district as a matter of business”. Richmond accepted, setting off in a “horrid little schooner to that horrid Grey and Buller”, partly due to his role as commissioner and partly for “three weeks freedom from spinning articles”.

Italian Immigration and the Gold Rush – Tapping into a National Resource

In his paintings from this gruelling expedition, James captures the beginnings of economic potential of interior Westland as well as its distinctive, untouched beauty. One of his most fascinating paintings is Hut of the “Italian Party”, old diggings on Buller c. 30th March 1862. I’ve geographically located this painting to the area surrounding the historic mining town of Lyell, along the Upper Buller river. Alluvial gold was discovered in the Upper Buller Gorge Valley in late 1859, and later in 1869 Antonio Zala and Giorgio Zanetti discovered gold-bearing quartz veins in a tributary of Lyell Creek. While the specific “Italian party” Richmond depicts predates this, Italian settlers were prominent in Westland during the 1860s. Some had arrived as crew on Italian ships bringing marble and congregated at the West Coast sluicing claim Manzoni’s. Following the rush, these settlers took up dairying and kauri gum digging – the latter alluded to by Richmond in the watercolour title: ‘old diggings on Buller’.

The “Italian Party” reveals a minor wave of specialist immigration that has gone largely under the radar. Funnily enough, no Italian settlers are painted in the flesh. It’s almost as if Richmond has anticipated their near-exclusion from New Zealand’s colonial history, painting a “canvas public house full of diggers” – with smoke the only evidence of a transient presence. Perhaps this focus on the Italian’s homely raupo hut was a reflection Richmond’s own overwhelming ‘homesickness’ he experienced whilst away. Or perhaps he saw his own isolation mirrored in these settlers “so remote from civilisation”, attempting to ground out a new sense of home in these beautiful, yet brutal Islands.

Westland as a Wine-Growing Region?!

Whilst I was investigating Italian settlement on the West Coast as a part of my Richmond research, I discovered something interesting, unusual and really a little ridiculous…

James Crowe Richmond’s role as commissioner meant that this trip to the Grey Buller region was partly politically minded. He notes that the “West Coast will do” as a natural resource after having been exposed to industries like mining, kauri-gum digging, tree felling and farming. However, if Richmond had been travelling roughly ten years later during Julius Vogel’s premiership, he may have encountered the government’s failed plan for Italian immigrants to grow grapes in Westland! Vogel extended immigration assistance to Italians for this purpose, most hailing from Livorno in Tuscany. As well as wine-growing, the immigrants were brought out to fuel public works schemes and forest clearing. A group of 53 were sent to Jackson Bay (notably a while away from Richmond’s Grey and Buller visitation) to establish a wine growing region. Unsurprisingly, thick bush, swampy soil and torrential rain ruined any chance of taming the land; to survive, they had to work on government roads – something Richmond could very likely have been involved in earlier in the century.

So far, I have found that most of Richmond’s watercolours depict a developing New Zealand. He paints thriving – if fleeting – images of rural industry, paintings of public infrastructure built to connect isolated southern provinces and often simply scenic landscapes.

However, there are some images I’ve been struggling to place in context. Paintings such as West Wanganui Harbour from the Maori garden on the dividing ridge and From the old pa Greymouth have been somewhat challenging to situate, mainly due to Richmond’s vague titling. Richmond most likely painted these images in 1862, stopping off at West Wanganui and Greymouth before heading into the depths of the Grey Buller region.

I believe the ‘old pa’ Richmond is referring to in the watercolour above is that of the old Mawhera pa site, on the north bank of the Grey River at Greymouth. Allegedly destroyed by neighbouring Kaikoura hapu in 1790, a new pa was eventually built on the south bank, the old pa having become “tapu” by bloodshed”. I’d like to try to geographically place the location from which Richmond painted as accurately as possible, so determining which pa site Richmond visited during his stay is crucial.

West Wanganui harbour from the Maori garden on the dividing ridge is another of Richmond’s more ambiguous works. “Maori garden” suggests some kind of crop plantation. This garden, in combination with what seems to be a raupo hut, suggests the presence of a hapu or tribe living in or around West Wanganui harbour. However, the ‘dividing ridge’ he is referring to, and exactly where it is, is still a bit of a mystery.

So… while my research is still in its early stages, I’d like to open the investigation to you, the public!

If anyone has any information, photographs or other relevant resources in regard to the original Mawhera pa site destroyed in 1790, or the new site established in wake of the destruction, I’d love to hear. Any information regarding a Maori presence in West Wanganui during the late 1850s to 1860s would also be of value. In addition, knowledge on specific crops planted by Maori living in the West Coast region during the mid 19th century would be greatly appreciated.

I look forward to hearing from you! Hopefully we can ‘paint’ a clearer context surrounding the creation of these wonderful watercolours!

For anyone who would like to find out more information in regard to the James Crowe Richmond collection at Te Papa, check out Te Papa’s collections online at http://collections.tepapa.govt.nz/ 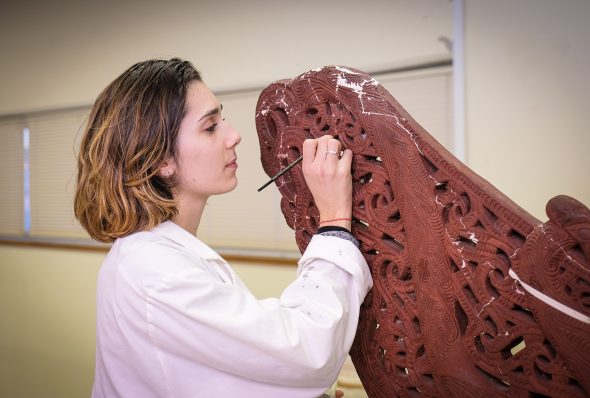 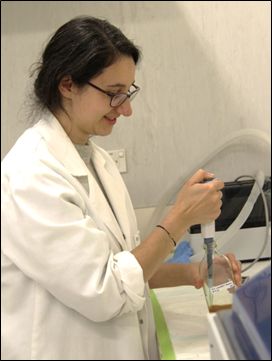 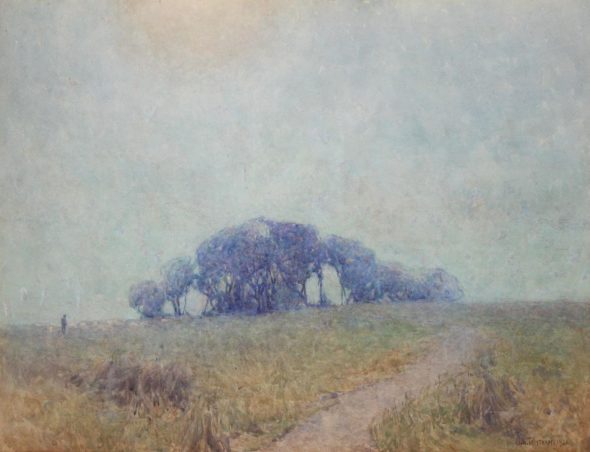