The final tweets of @tepapacolonline

Twitter turned 10 years old earlier this year. Te Papa hasn’t been using twitter quite that long, but the unfortunately named (my fault) @tepapacolonline account, created to share Te Papa’s amazing collections, has been around for a while now, having first dipped its toes in the twitter waters on February 27, 2009.

A lot has happened over that time. Over 3,000 @tepapacolonline tweets, quite a few spider identifications, many, many cats, a sound thrashing of @NLNZ in a tweet-off. 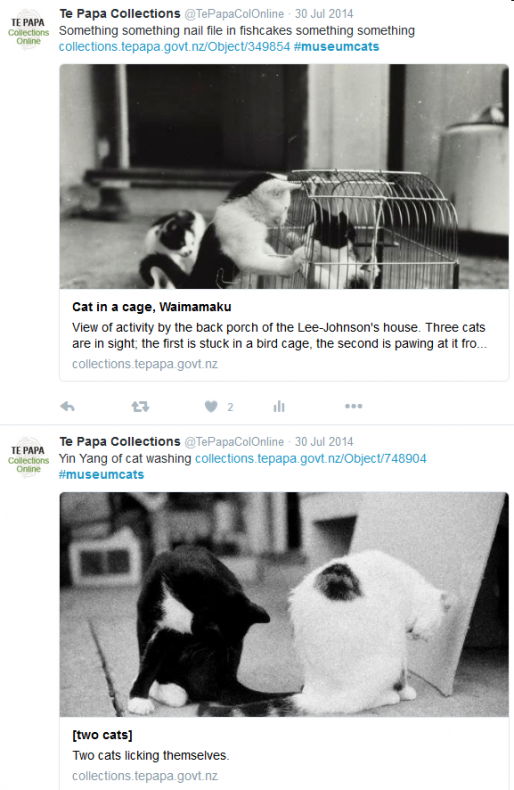 Oh, and that one time I misunderstood the #superbowl hashtag 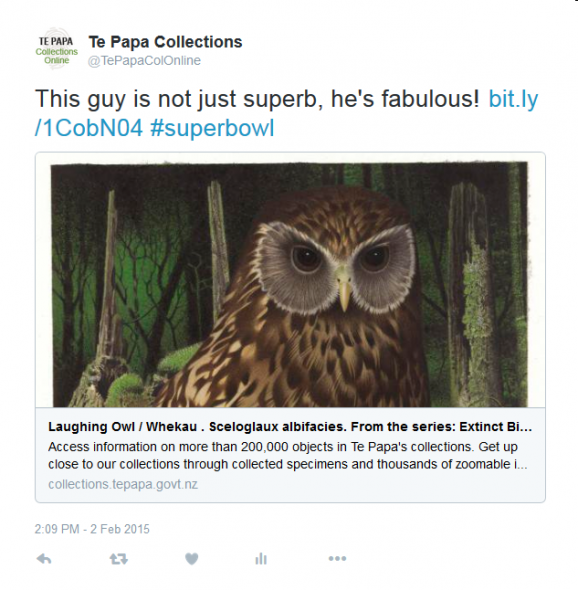 Te Papa’s overall social media presence has grown and matured over the last 7 years, and we’ve come to the conclusion there is no longer a need for a separate twitter account, in addition to the main account @te_papa. There is a lot over overlap of followers between the two accounts, which can clog up people’s tweet streams; and there is sometimes confusion between the two accounts, which is just plain unuseful. So, after seven years, we will be archiving the @tepapacolonline tweets, and closing the account down. It’s been a lot of fun managing the account from what seems like the early days of Twitter, but it’s time for a graceful retirement.

Thanks to everyone who followed the account who had great questions, jokes, insights, stories, and those who shared their own collections, big or personal. It’s those conversations that made it really worthwhile.

And for more NZ heritage tweets, maybe check out these twitter accounts, they’ve been excellent and entertaining co-tweeters since the early days:

And a huge list of museums from around the world here:

So long, and thanks for all the RTs.