In global terms, Aotearoa New Zealand is not a religiously observant nation. But we have long taken pride in being a tolerant one. Many of us thoroughly enjoy our Santa parades, carol services and, among cultural enthusiasts, full-on performances of Handel’s Messiah. It is difficult to imagine a publicly displayed Nativity group politically dividing the nation, as France has recently experienced. When I walk to work, I pass by the Adoration of the Magi in the window of Wellington’s best-known department store. The painted figures, once rather kitsch and clichéd, now assume a definite period charm. They have inspired me to explore what Te Papa itself possesses in art of this kind, and share its seasonal message and visual power with blog readers.

The German artist Albrecht Dürer (1471–1528) is well represented in our works on paper collection. His woodcuts are technical triumphs and are superbly lucid in their storytelling. They enhanced people’s appreciation of art and deepened their faith in doing so. They also helped make Dürer wealthy and internationally famous. Capitalising on the recent revolution in print technology, he published 20 woodcuts comprising The Life of the Virgin in book form (1511). One such episode is the Adoration of the Magi, depicting King Herod’s astrologers who, upon entering the house of the Holy Family, ‘saw the child with Mary his mother, and bowed to the ground in homage to him; then they opened their treasures and offered him gifts: gold, frankincense, and myrrh’ (Matthew 2:11-12). The architectural fantasy setting shows Dürer’s obsession with perspective, texture and motifs. He would surely be designing sets for the Weta Workshop, were he practising today. Although this is a solemn scene, it is human and humorous. The middle magus tangles his arms in excitement, offering his gift with his right hand, while encouraging his companion with his left. With one exception, nobody seems to notice the miraculous star that had guided the Magi to the Christ Child: the donkey, immediately behind Joseph, devoutly raises its head heavenwards.

While the Adoration of the Magi provided artists with the opportunity of depicting exoticism and splendour, the Adoration of the Shepherds (Luke 2:16) encouraged dramatic, nocturnal effects. Nowhere is this more evident than in Rembrandt’s exploration of the theme, which he addressed both in painting and in etching. Te Papa’s print is an impression from the seventh state of the plate, which had become progressively darker, more mysterious and atmospheric while Rembrandt reworked it. You may struggle to decipher the forms of the shepherds and the cattle in the manger; but this makes what you actually can see all the more effective. The emotional centre is the face of the Virgin Mary, who pulls back the blanket so as to focus her – and our – attention on her sleeping child. We get a real sense of the artist’s personal faith when we behold this etching. Although not all of us are necessarily believers in Christianity, we are believers in Rembrandt.

The term ‘Primitive’ ­– until recently controversially applied to tribal art – was also a 19th century buzzword to describe Italian masters before the breakthrough refinements of Leonardo, Raphael and Michelangelo. It was not applied negatively; on the contrary, art lovers were excited by the sweetly decorative, gothic qualities of Ottaviano di Nelli (c. 1370 – c. 1444) and his Madonna del Belvedere. An ensemble of musical angels serenades the animated Christ Child, who appears to be prancing – if not quite jiving – on his mother’s lap as he acknowledges their melody and devotion. State-of-the-art Victorian colour reproduction (chromolithography) is applied to a distant point in art history. Ottaviano’s original fresco is in the church of Santa Maria Nuova in Gubbio, a town in central Italy whose character remains medieval.

Contrary to what many people may tell you, artists through the centuries do not like the real. They prefer to exercise their curiosity and imagination, not least in the 16th century movement identified by art historians as ‘Mannerism’. Its meaning is self-evident, and Giulio Bonasone’s engraving of the Virgin nursing the Christ Child in a landscape is a textbook example. Although it is allegedly based on a painting by Titian, you need to suspend disbelief. The original is certainly long lost. And did Titian really paint monkeys startled by large snails, ducks and ducklings, parrots perched on trees and a surly looking bull, all within the same composition? The moment depicted, conveyed in Joseph loading the donkey, is a stopover on the flight to Egypt, the Holy Family having been tipped off that Herod was on the warpath. Our response to Bartolommeo Biscaino’s Nativity with Adoration of Angels is necessarily more serious. We admire his brilliant drawing style and art historians note the inspiration of earlier practitioners like Correggio and Federico Barocci. Yet when we examine it more closely, the baffling setting with the manger juxtaposed with broken classical columns, doves perching on an improbable beam, and a soaring heavenly choir, arguably make it just as contrived as Bonasone’s counterpart.

A return to order

The Carracci family of painters, comprising Annibale, Agostino and their cousin Ludovico, are immensely important in art history. In the late 16th century they represented a backlash against the artifice and perceived frivolity of Mannerism. Based in Bologna, they established the Accademia di Incamminati (Academy of the Journeying) to restore art to its right path, following the role model of Raphael. There is no distracting menagerie in Agostino’s beautiful chalk drawing of the Madonna Nursing the Christ Child. The emphasis on breastfeeding – occupying the very centre of the composition – is noteworthy. Whereas Protestantism suppressed the cult of the Madonna, the Catholic ‘Mother Church’ sought to humanise and celebrate her at the same time.

Although the art discussed so far is of genuine aesthetic, historical and spiritual interest, it is fairly typical of good museum holdings worldwide. The so-called Madonna and Child tekoteko (carved figure) is far more remarkable, and is one of only two known works of its kind (the other is in the Auckland War Memorial Museum). It was probably made by a Rotorua carver in the 1880s. By giving the figure a full facial moko, the carver may be paying tribute to her as an Ariki Tapairu – the firstborn female in a high-ranking family. The late Paki Harrison, a tohunga whakairo (master carver), claimed that the application of such a moko ‘was not recognised by the Pakeha church officials who declined to accept this carving when it was offered them. A classic example of misunderstanding between the two cultures’. While this has some foundation in oral history, Harrison’s interpretation should be treated cautiously given the absence of tangible documentation. More recently even the gender of the figure has been questioned. Yet there is no disputing the tender adult-child bonding and in all probability the carving does represent a Madonna and Child.

In its absence of religious content, H. Linley Richardson’s painting, In Fancy Dress, takes us closer to the spirit of Christmases that most of us experience today. That said, its period elegance, evocative of the Noel Coward era, pre-dates the lifespans of anyone but the very elderly. We meet the artist, immaculate in white tie, and his three daughters clad in shimmering silk dresses, assembled for a special occasion. But what it was we do not know. The life-sized scale, static poses and strangely unanimated expressions of the figures only heighten the enigma. Cynthia, the youngest daughter, wears wings and bears a silver-starred wand. She is a living version of the fairy at the top of the Christmas tree, while her face has an endearingly pudding-like shape. Although Richardson’s biographer, Jane Vial, plays down the Christmas aspects, when it was bought by the National Art Gallery, forerunner of Te Papa, soon after Richardson’s death, the painting went under the title of Party, Christmas Eve. Yet it would be pushing it to claim that the Richardsons are having a merry Christmas! Kua puāwai a Pōhutukawa, kua mōmona a Kina, ko Hineraumati me āna tini tohu. Ngā mihi mahana o te wā ki a koutou katoa. The pōhutukawa are in bloom, the kinas are fat, these are the gifts of Summer. Sending you warm greetings of the festive season! 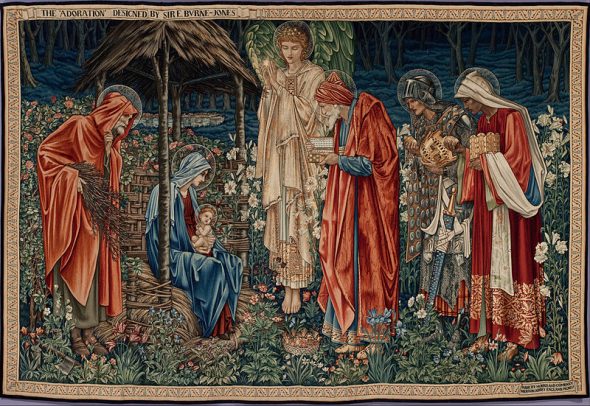 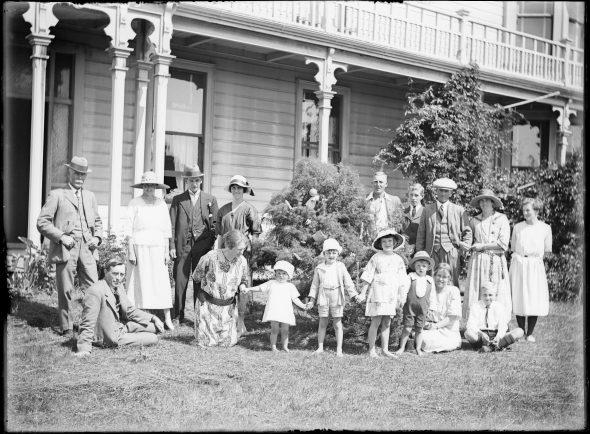 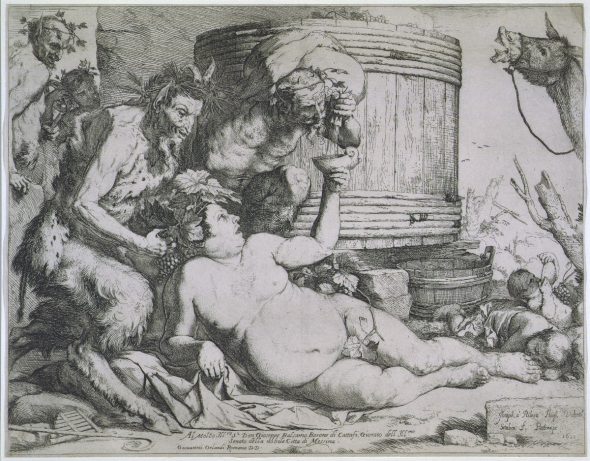