Sometimes when I look at photographs, I start imagining the past. Details in the images trigger memories of people and places lost to time.

These images of water towers take me back to my childhood in Invercargill, where the sight and purpose of the large tower, visible from most parts of the city, used to fascinate me. They also remind me of the smaller water towers on buildings in Brooklyn, New York, and the way they have become an unofficial icon in the city.

Water towers were built to pressurise water so that everyone who needed it would get it when they turned on the tap. This ingenious system is one of the many marvellous things we just take for granted today.

In the 19th century, a water tower was an excellent place for taking photographs. In a small town, it was often the highest vantage point.

Some water towers have become landmarks and monuments – even art works. Towns such as Hawera offer the chance to climb the tower and see the view from the top. There are even water towers that forsake their original function in the pursuit of beauty – like Watertower in DUMBO, New York, which is made from coloured plexiglas. 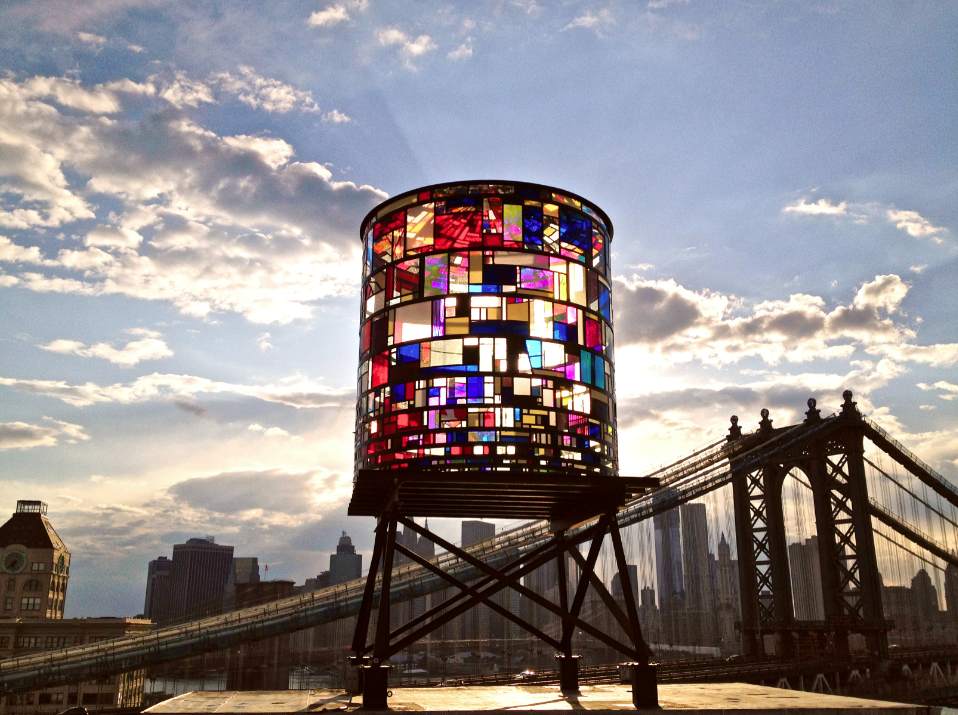