“For over half a century I wrote about and taught the history of this country. However, my reasons for standing here today owe more to a sense of belonging, of having enjoyed a long life shaped by twentieth-century New Zealand.” 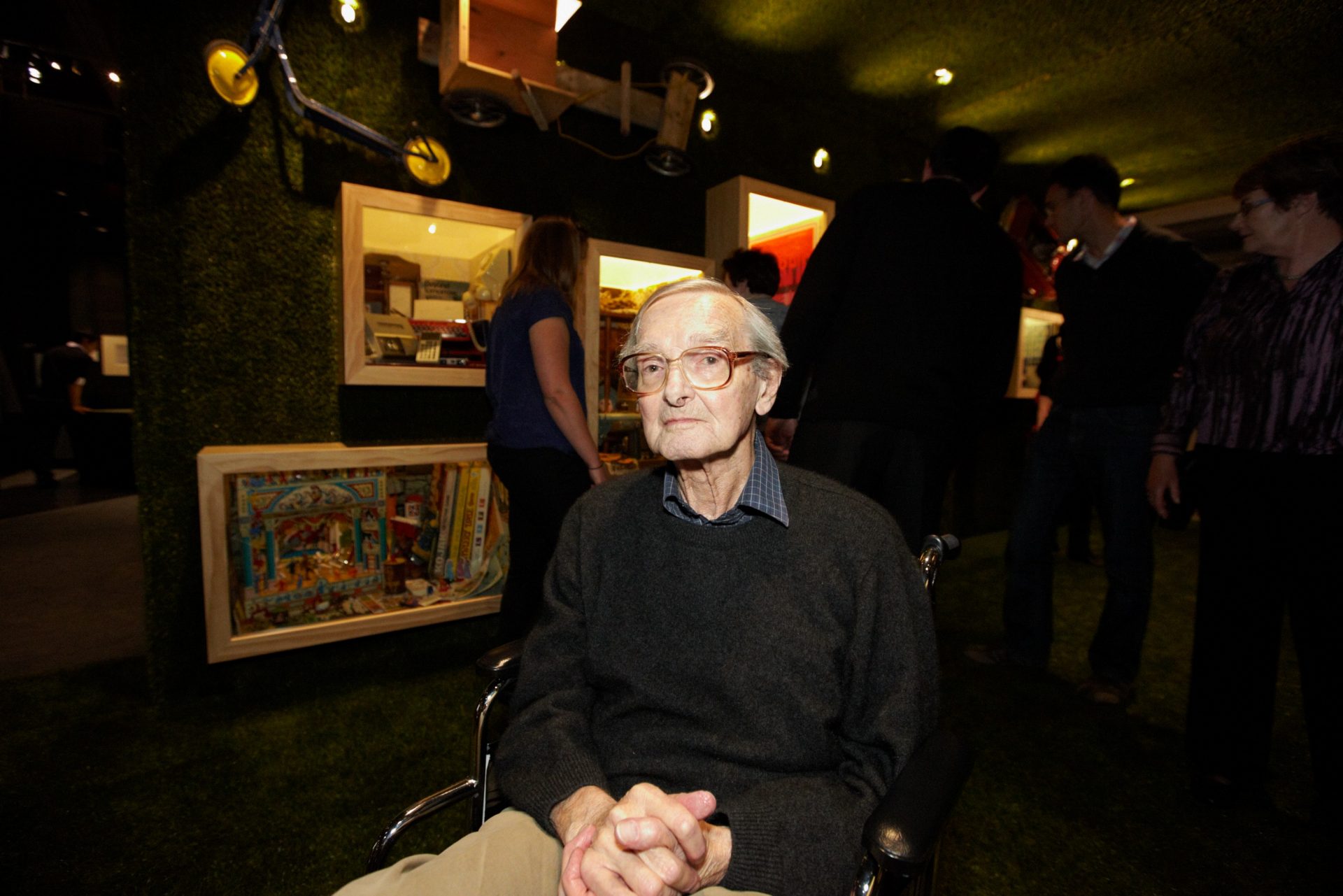 Bill Oliver at opening of Slice of Heaven. © Te Papa

With these words, Professor Bill Oliver officially opened Slice of Heaven – 20th Century Aotearoa.  Influential historian and poet, Professor Oliver is credited with defining the study of history in this country.  He was also the founding general editor of the Dictionary of New Zealand Biography – which was an invaluable resource for researchers during the making of the exhibition.

Professor Oliver expressed perfectly the sense of connection many people feel when they visit the exhibition – for many different reasons.

” My father came here as a 20 year old immigrant in 1910, and journeyed back to the old world’s wars a few years later.   In 1919 he returned in a ship filled with soldiers and their new wives, one of them my mother.

In the next six years they established a family, one I can now recognise as essentially a colonial family.  In it I was the third child, born on the day they buried William Massey – Prime Minister, ‘Farmer Bill’.   I seem to have been named, more or less inevitably, after him – itself a small colonial irony.

In the lives of my parents, and of their parents, and in my own life, I have had some experience of the history recalled and celebrated by this exhibition.

It is with great pleasure and a deep sense of belonging that I declare this exhibition open, and warmly congratulate all those who worked to bring it about.”