Objects associated with interesting stories, often find their way to the museum, here is a recent example. In May 2009, 13 Tahitian shell hei (necklaces) were gifted to Te Papa’s Pacific Cultures collection by Anton Coppens. These are rare and important examples of hei made in Tahiti during the mid-twentieth century. Necklaces are an essential part of many Pacific cultures; they are often worn as part of dance costumes, given as gifts, or adorned for special occasions.

These hei were gifted to Mary Coppens and her son Anton, who had an unplanned stay in Tahiti en route to Europe in early 1966. Nine-year-old Anton underwent an operation for peritonitis at the Clinique Cardella in Papeete. An English-speaking Tahitian who was in the original film Mutiny on the Bounty (1935) – along with her friends and the nursing staff at the Clinique – presented the shell hei to Mary and Anton when, after a fortnight’s stay, they departed for New Zealand.

The hei are exquisitely arranged, and made from various types of shells. With help from Bruce Marshall (Collection Manager Mollusca), some of the shells were idenitified as Pacific strawberry cockle shells (Fragum fragum), yellow melampus shells (Melampus luteus), cyclomorpha flava shells, and a variety of periwinkle shells (Littorina species).

This new acquisition, to be displayed as part of a refreshment in the Tangata o le Moana exhibition, provides a memorable story of Tahitian kindness and hospitality. 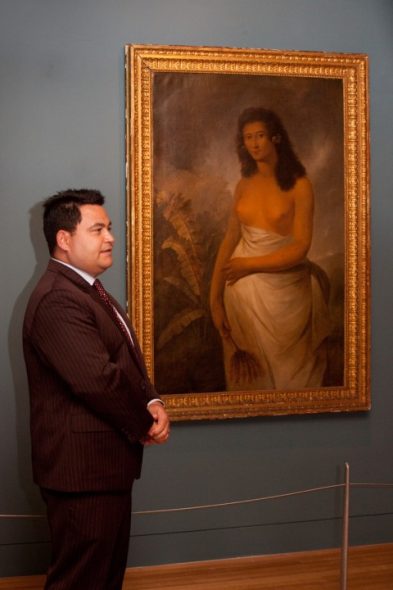 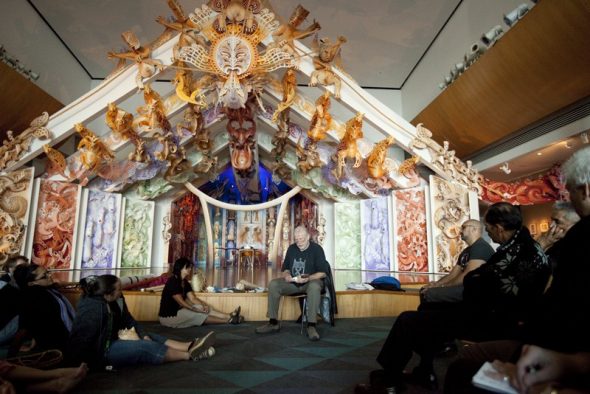