I rest my eye for a moment on the frame, taking a break from the work of looking hard at the painting I have come to see. Then, returning to the work at hand, I become conscious, if only just, of an adjustment to my perception; that my perception has undergone a subtle shift. This sudden consciousness of the frame at its border colours my view of the artwork as surely as reading a label though its effect is at first purely visual.

In my experience, the picture frame is not very often conscious to people, and this I suppose is as it should be. After all, the frame isn’t the artwork itself but ancillary to it.

Marginal it may be, but never entirely neutral. As a physical entity it can’t do other than express some kind of cultural value that will inevitably help or hinder the viewer’s experience of the artwork. As a consequence it will be fitting or unfitting, or a bit of both, in varying degrees. There are paintings that rebel against the very presence of what we normally consider as frames and those that crave them.

What do picture frames do, actually? And why? These are disarmingly simple questions. My job is to think very carefully through this relationship of artist, artwork and viewer as expressed through the frame.

Please take a moment to consider these two framings of the same artwork, and perhaps come back to them after you have finished reading this blog post.

Since the frame impinges on how art is seen – and can impart negative or positive aspects to the experience of meditating on an artwork, I thought it worthwhile to look at some of its basics. In later posts I intend to look at style and technique: how frames’ shapes and materials evolved over time; the “what” and “why” set out here will be the reference points for the histories – the “who”, “when”, and “how”.

Yes, its frame holds the picture safe, holds it safely on the wall, keeps it safe when being moved or stored. With the right fittings at the back, perhaps glazing at front, and sound structure a frame is the means by which the precious cargo is handled and supported. So frames have a protective function. They help to stop stuff colliding with what is inside.

Treasure chests – frequently dowry chests – were containers for valuable goods in Renaissance Italy. The chests themselves became important symbols of the wealth, piety, etc of their owners. The means of the owners were signalled through the richness of decoration in their forms and on their surfaces. Such chests were called cassoni or “big boxes/chests”. To imitate this in form and idea, the most common type of frame at this important moment for art was called the cassetta or “little box”. This happened at the crucial moment in western art history when paintings and their frames first separated physically from each other and from the wall (as in murals), or other artworks (altarpieces). The idea of a “treasure contained” persisted into the world of art, and so did its symbolic value. What is inside is, in one sense or several, valued. (See further explanation of social context for cassoni and image examples here.)

So frames support and protect a value in material form. Let us attempt to get still closer to the matter.

A very long and varied history

Paintings and frames seem to have begun at more or less the same time in western art. In ancient Greek and Roman times the very idea of marking off the subject being depicted was apparently very important; the evidence from Roman and Greek artefacts, buildings, etc, is overwhelming: subjects get visually framed, even when the frame is simply depicted on the surface as in a mural or a Greek vase. The subject and its context seem to be inextricably linked through the framing device. (See here for images and here for a brief history of Greek vases.) 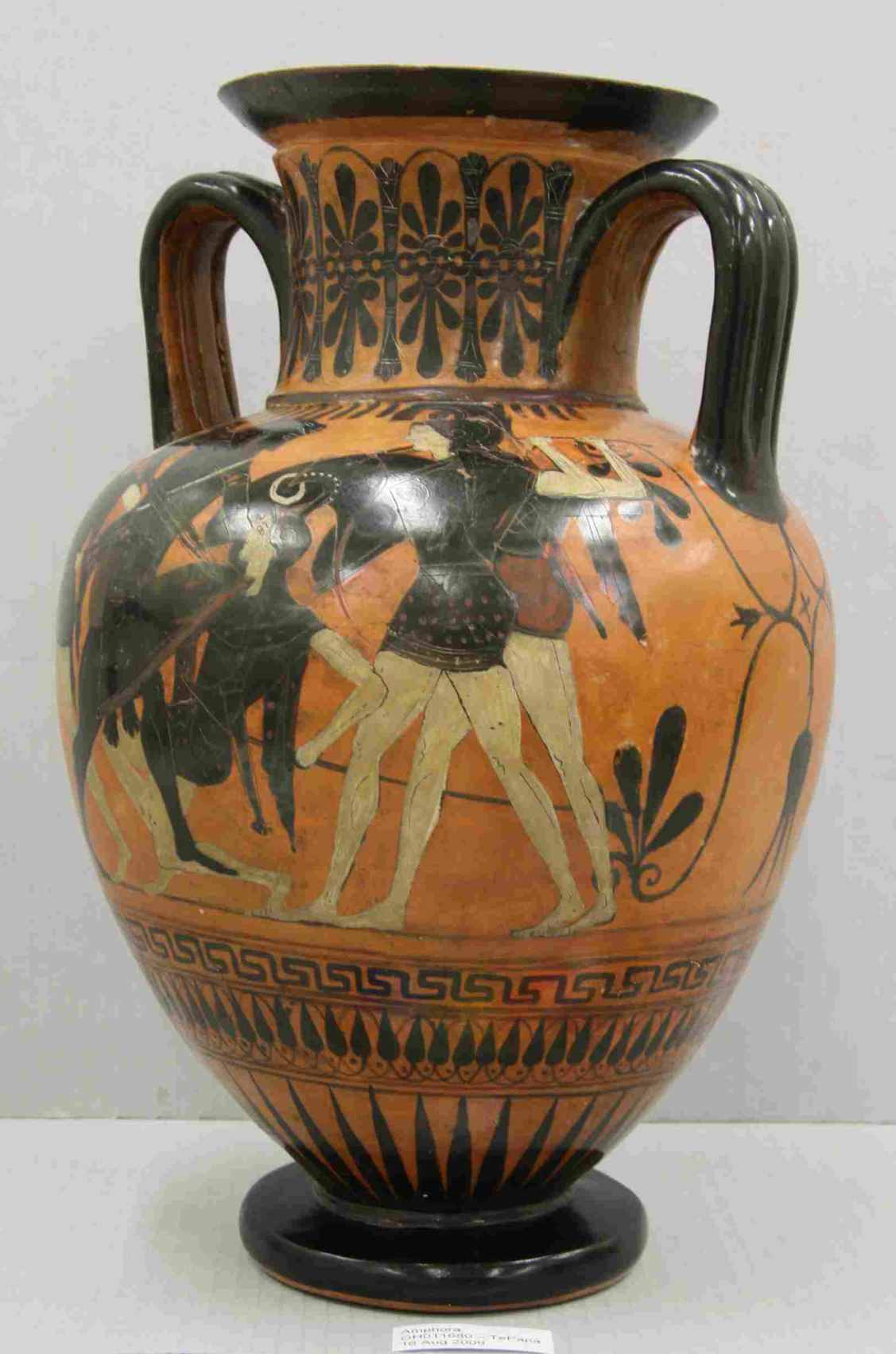 This close association of painting and framing device, whether as physical frame or as a depicted edge, carried through time until the 20th century. In the last century the wall itself, particularly the white wall, was frequently used by artists to frame the painting with no other embellishment. But even this practice too was a conscious framing strategy for pace-setting and influential artists, (like Malevich, who referred to it in 1915 in relation to a “naked, unframed icon of our time”:

… it is necessary to do away with all dying systems of the past, with all their accretions, ….)

So frames may be with us even when they don’t appear to be.

Look out and look in
To look from the paintings’ point of view out over the adjacent context, frames provide a degree of visual separation from the daily wall. Importantly they are markers for what is not a part of the work. The philosophers Kant in 1790*, and recently Derrida* use the concept ‘parergon’ from the Greek, a ‘by-work’, which is whatever is not within the work – defined by the work itself – and yet not the general milieu. Looking back into the work, the frame is tied more to the painting than to the general surroundings. The idea of ‘frame’ is bound to the idea of ‘painting’. (*see footnotes for book references.)
By making it possible to perceive content separately frames promote that content, marking it as special in some way. They implicitly privilege what is encased however mutely. Indeed they are a sign for privilege – perhaps appreciation is a better word – because of what they do.

Frames stabilise the dynamic, potentially unstable – but should we say “delicately poised” – composition of the painting. The dynamism of the pictorial content of the painting is not allowed to infect its ordered architectural context through the system of right-angled and parallel lines at its boundary.

Similarly, different kinds of visual disorder outside of the frame, such as wallpapers, wood panelling, textiles, etc, may be prevented from contaminating the very particular world of the artistic composition.

It should be noted that the absence of an actual frame is frequently compensated for by the presence of compositional elements within the artwork that do at least some of the work normally enforced by the physical frame – such as ordering and stabilising. 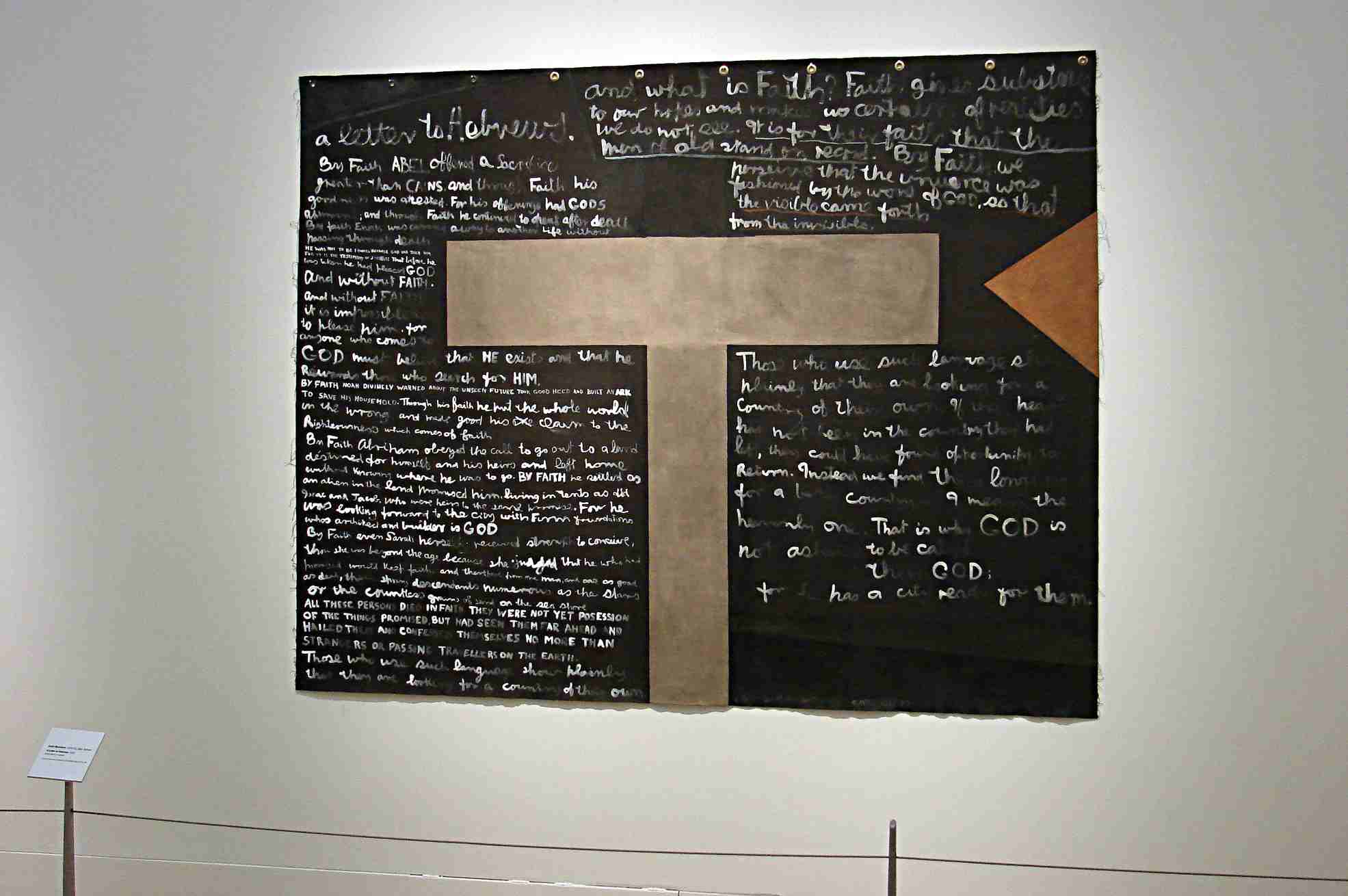 Frames have always been a necessary support for the illusions inherent in perspectival art. Such systems require containment in order to help the viewer to believe the illusion of 3-D space, and for the illusion to have its proper effect. Certain forms (profiles) support the illusion more than others. However, note also that other means to depict relative depth (such as are used in abstract art) are not dependant on the support of the form of the frame. (See here for definition of the term ‘perspective’ and some examples.)

So picture frames affect our reception of the paintings they contain. Through their protective function they have traditionally privileged value and difference, and been a sign for the presence of an important ‘other world’. They have marked boundaries and controlled the dynamics of depicted ideas and emotions. Even when not literally present they have been implicit in the conception of art.

These thoughts are like the opening of Pandora’s box. In the box are so many subjects for discussion and elaboration that emanate from the study of the styles of frames and their relation to the decorative arts and painting. I intend to work through as many of them as I can in following posts.

For those with a deeper interest in the picture frame, I recommend the website of the National Portrait Gallery in London, England which keeps a comprehensive global bibliography and many articles. Go here.