‘An artist whose portraits have never gone out of fashion in 400 years’. Dr Mark Stocker, Curator Historical International Art, looks at a fascinating selection of portraits in Te Papa’s print collection by Sir Anthony van Dyck.

Far more than the 16th century (think Renaissance and Reformation, Michelangelo) or the 18th (Captain Cook and the great country houses), the 17th century is an unfamiliar quantity to many. But when I tell you that it’s the century of camp cavaliers, the Three Musketeers, Bernini’s Rome, and the drop-dead beautiful paintings of Claude Lorrain, you will want more. And you’ll get it in this blog.

One of the greatest artists of the first half of the century was the prodigiously talented Anthony van Dyck (1599–1641).

His portrait paintings, the large majority of his output, are superb syntheses of colour and drawing, and accurate likenesses fused with flattery.

No wonder the 17th century A-list all wanted Van Dyck to paint them, even more so than his famous mentor and sometime employer, Peter Paul Rubens, who had a more all-round repertoire.

Both these artists were natives of the once-mighty Flemish city of Antwerp, whose conquest by Spanish Catholics (at the expense of Dutch Protestants further north) hastened its decline and explained why Van Dyck, rather like a stellar footballer of today, came to be in hot demand in every court of Europe.

In a tug-of-war between Antwerp, London, and Paris, the overworked and exhausted Van Dyck died aged just 42. I can’t help wondering whether this frenzied workaholic ever reflected on the irony of serving the vanity of so many pampered, bone idle sitters.

His portraits have never gone out of fashion over some 400 years.

Does Te Papa own any paintings or drawings by Van Dyck? I wish! The closest in this country is a charming school of Van Dyck portrait of the children of Charles I in Government House, Wellington.

But we do at least have a fascinating collection of Van Dyck’s prints which will occupy the rest of this blog.

Henrietta Maria and Charles I

Van Dyck had his one major printmaking burst in the very early 1630s, during his time back in Antwerp, having recently been Genoa’s star painter and before his transfer to London as long-time court favourite of the artistically cultured and extravagant King Charles I and Queen Henrietta Maria.

Charles even knighted Van Dyck, an honour for a Flemish national that would be unthinkable in today’s Brexit climate!

Te Papa is fortunate to have prints of King and Queen alike, both of which featured in our exhibition European Splendour in 2016-17 and were inspired by Van Dyck.

With its florid inscription paying homage to her, the print was almost certainly intended as Royalist propaganda in the English Civil War that ravaged the 1640s.

The execution of Charles I was the tragic outcome of that war, and the print by Wenceslaus Hollar, probably after a Van Dyck drawing in the collection of Lord Arundel, fulfilled a somber and austere memorial function.

The location of Charles’s death, the Banqueting House, Whitehall, is visible on the right, behind his shoulder, while Westminster Abbey and Parliament are on the left.

Note the Garter Star worn by Charles, symbolising the divine right of kings, which his victorious Puritan enemies had challenged.

Just what is the Iconography? Ignore today’s usual meaning in art history, ‘the study and interpretation of symbols and subjects in art’. Here it denotes ‘a collection of portraits or illustrations’.

Its nucleus was 17 (some accounts claim 18) etchings by Van Dyck, which depict half-length portraits of some of his eminent contemporaries.

Fellow artists constituted some three-quarters of the Iconography. While such a series wasn’t new, the involvement of so prestigious a creator using etching rather than engraving as a medium definitely was.

Van Dyck’s own etched plates appear not to have been published commercially until Gillis Hendricz did so in 1645, a few years after the master’s death. Early states where they haven’t been ‘improved’ by other hands are rare and valuable.

The Iconography plates were periodically reworked by their publisher owners. The series, which numbered nearly 100 in the 1640s, had expanded to over 200 by the late 18th century.

It proved highly influential on both reproductive printmaking and portrait painting, only becoming superseded with the advent of photography in the mid-19th century.

In 1851 the plates were bought by the Calcographie du Louvre, the engravings department of the famous Parisian museum.

What’s so special about the prints?

He was a brilliant drawer, and his ‘unfinished but complete’ philosophy, where heads are fully worked but the costume and hands are left sketchily denoted, appears remarkably modern to us today.

This approach went on to influence later portraitists, particularly those who believed in ‘bravura’, like John Singer Sargent and Augustus John.

Print expert Arthur Hind wrote: ‘Portrait etching had scarcely had an existence before [Van Dyck’s] time, and in his work it suddenly appears as the highest point ever reached in the art’.

The case against Van Dyck

Brilliant, Sir Anthony, but we can’t leave it at that. Former Auckland Art Gallery curator Jane Davidson-Ladd puts the case against the great man very convincingly:

‘Technically Van Dyck’s etchings are magnificent failures. The drawing shows his virtuosity but the etching demonstrates that he was a careless and inexpert practitioner. His plates were not well prepared as can be seen by the fine vertical lines printed across the surface which resulted from sanding the plate.’

‘Although he used stopping-out varnish to prevent the edges of his plates from being etched he was sloppy in its use. The white spot below the buttons on Sustermans’ chest… resulted from drops of varnish falling on the plate, thus preventing the areas from being bitten by the acid.’

In the portrait of another artist, Paulus Pontius, the problem was the reverse: a hand or sleeve accidentally removed the etching ground from the plate, allowing the acid to create recesses where ink could sit to be printed.

Van Dyck aficionados would probably howl with rage, but Pontius’s disfigured face in its original state is more handsomely rendered by the time of Te Papa’s sixth and final state impression, its errors corrected by an unknown engraver.

It’s time for us to look at a small selection of Iconography icons. I’ll keep commentary to a relative minimum. They reproduce well; see what you think!

Pieter Bruegel the Younger possesses the rapid quality of a pen sketch. The portrait is not that flattering: clearly Bruegel is somewhat cross-eyed.

The rolled up paper that he holds could indicate a statesman or scholar rather than the painter that Bruegel was. This is deliberate on Van Dyck’s part, elevating fellow artists into the company of the nobility.

Cornelis Saftleven, yet another painter, fits fairly and squarely into the Iconography, but unlike the works examined so far, his portrait was never etched by Van Dyck. Instead, he delegated the highly-skilled Flemish artist, Lucas Vorsterman the Elder, to make it into an engraving, using Van Dyck’s drawing now in the Amsterdam Museum. It shows Saftleven with a half-smile.

Perhaps the most remarkable feature is the grotesque sea monster-like creature on which Saftleven elegantly and nonchalantly rests his left arm. He excelled in his potent images of hell, and was also a skilled animal painter, his creatures often carrying a hidden, allegorical meaning. These twin aspects are memorably captured here.

While most of the Iconography portraits are artists, Te Papa’s holdings also include Spanish general and courtier Emanuel Frocas, Count of Feria, and still more interestingly Margaret (Marguerite) Princess of Lorraine (1615-72).

Like Saftleven, this has been delegated to a skilled engraver – Schelte A. Bolswert – and closely relates to Van Dyck’s portrait of her, made when she was still a teenager, in the Uffizi, Florence.

Margaret was the wife of Gaston, younger brother of Louis XIII of France, having married him in secret and in defiance of the King. The angry Louis had their marriage nullified when it became known.

On his deathbed in 1643, he relented and allowed Margaret and Gaston to marry; five legitimate children ensued.

Margaret gestures towards her stomach in a way that is both dignified and maternal. She wears pearls in her neckline, adding to her regal allure.

One of Van Dyck’s original 17 etchings was of the famous Flemish artist of hunting, game, animals and still life, Frans Snyders. By the time of its fifth state, engraver Jacobus Neeffs had reworked it, adding a pillar on the left.

The head loses power: it’s out of proportion to the rest of the figure, weakening the composition as a whole. Yet I’m keen to acquire this print, inexpensively, for Te Papa’s collection – how come?

A Kiwi tribute to Van Dyck

The answer leads us to New Zealand. Artist and long-time director of the National Art Gallery, Stewart Maclennan (1903-73) himself etched Snyders’ portrait.

Inevitably he far preferred Van Dyck’s subtle, vignetted first state. Te Papa’s collection possesses both an impression of Maclennan’s portrait and his original copper plate. Another important influence on him was Van Dyck’s famous double portrait painting of Snyders and his wife, Margaretha.

Maclennan’s etching is not only an impressive copy but it tells us how in 1940 – not that long ago – artists were humble and technically dedicated enough to be prepared to invest time into meticulously replicating ‘the greats’ in this way. 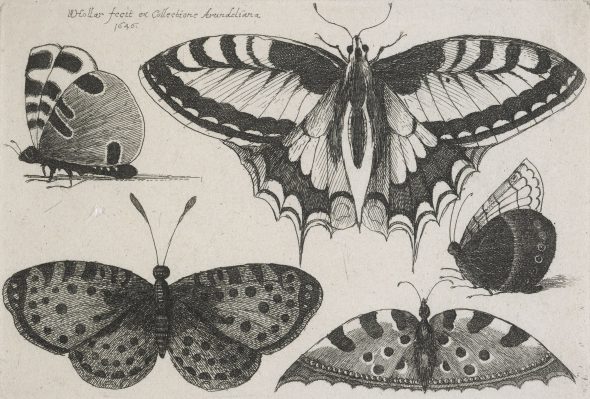 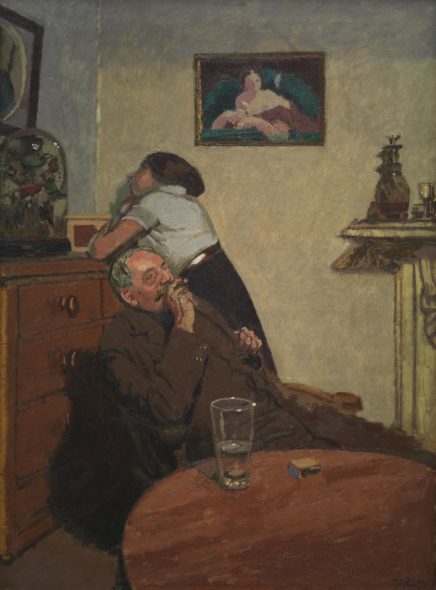