Cigarette packets and chocolate boxes: How we used to store our collections

Storing collections in the right space and environment is incredibly important in museums – so would you be surprised to see natural history specimens stored in colourful vintage cigarette packets? Curator Alan Tennyson and conservator Robert Clendon shed light on past practice.

But this hasn’t always been the case. At Te Papa, inside a handful of these boxes lie the remnants of past museum storage practice. A selection of smaller, colourful boxes that once contained chocolate, model aeroplanes, steam irons, match sticks, and now hold fossilised bones. 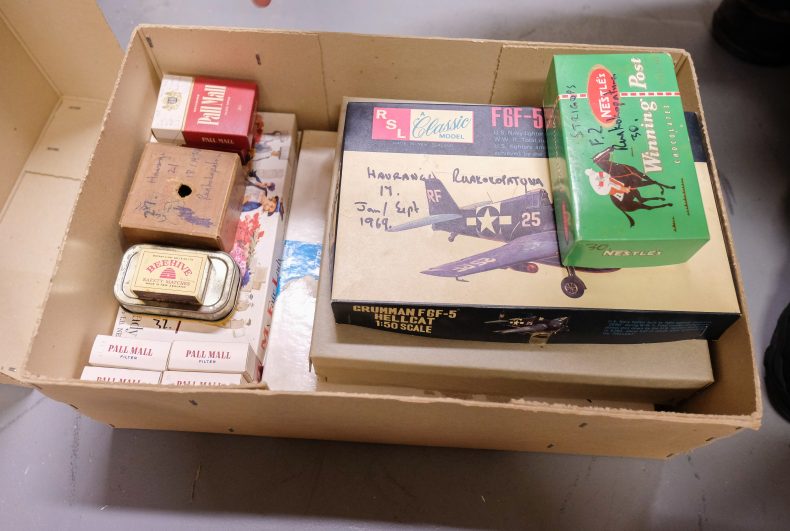 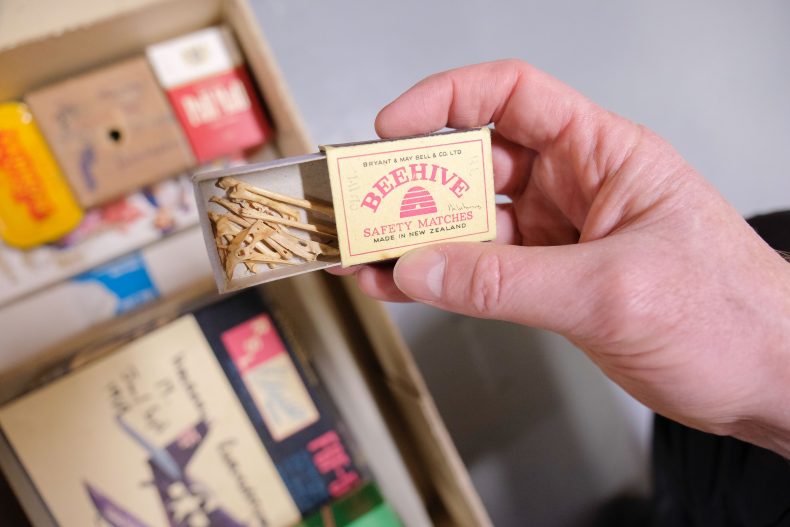 “I’ve seen large museum bone collections that were almost completely housed in cigarette and match boxes,” Alan says. “They were the most readily available small boxes in the past, so were standard in museums.”

“You can just imagine curators, directors, and scientists lighting up while going about their work, and putting the specimens they’d been working on safely inside the leftover boxes.”

Relics of past museum practice

The main collection we have still partly stored in its original form was collected by Steve Markham in the 1960s and 1970s. Most of his collection has been registered and re-housed but we still have some remnants of his original boxes.

“I think these are some of the last remaining collections still stored in this way at Te Papa,” Alan says. “In a few years nothing will be stored in its original form like this, as we’re constantly modernising our storage.”

One of the oldest original collection boxes still kicking about is a 1936 Cuban cigar box, which contained the bones of the extinct Chatham Islands coot. The bones of this large waterbird are now in more appropriate storage. 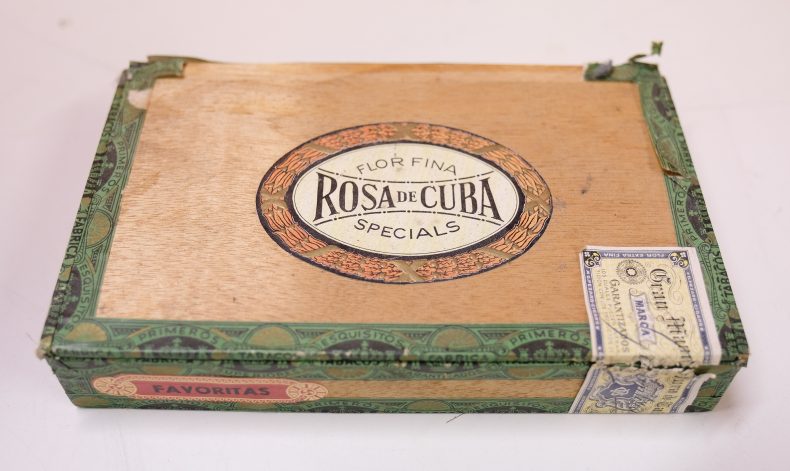 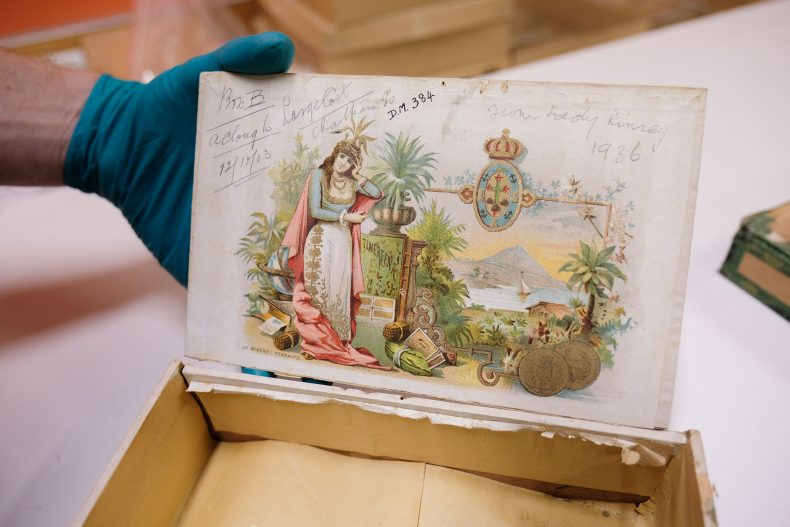 The problem with storing bones in cigarette boxes

In the short term these type of boxes aren’t doing the fossils any harm, but aren’t ideal, says Alan.

“These boxes actually have the same amount of acidity as the old style beige storage boxes. The main problem with these sort of boxes is there’s far more chance of accidently spilling the contents everywhere. The lips of the cigarette boxes can sometimes be quite sticky – and if that happens, you’re really in trouble.”

Conservator Robert Clendon adds “We prefer to use acid free cardboard for storage boxes as the acids found in many types of cardboard and paper can damage our collections.

“An example would be how moa bones can become demineralised due to the chemical reaction between the acid and the calcium phosphate within the bone. The acid can also effect the protein, or collagen component of the bone.”

“Another example is how formaldehyde can oxidise to form acetic acid, which in turn can affect the carbonates found within shells. This type of acid induced deterioration is not always immediately obvious as it may take several years to become noticeable.”

The end of an era

These boxes have almost become collection items in their own right as they tell an intimate story of how museum practice has changed in just a short time. They also provide a fascinating insight into the daily life of collectors such as Mr Markham and the packaging of certain decades.

“In some ways it’s a shame to see them go – but the safety and longevity of our taonga is our number one priority, so it’s out with the colourful and in with the grey.” says Alan.

Thanks to Steve Markham for kindly donating his collections and inspiring this blog.