Wellington’s Central Park: A ramble through its history

Wellington’s Central Park – less familiar to many than the famous park of the same name in New York City – is one of the Wellington’s oldest public green spaces. History curator Kirstie Ross rambles through some of the highs and lows of its 114 year history.

Central Park’s formal genesis, in 1913, is connected to persistent social, political, and urban concerns: the impact of overcrowded cities and poor housing.

In the early 1900s, the creation of and access to nature and to green spaces was one of the solutions to these concerns. Reformers lobbied for parks and planted trees to mitigate against ‘modern’ urban ills.

Back in 1903, the population of New Zealand’s capital city was almost 50,000. New suburbs and associated infrastructure developed to house and service this growth.

However, unregulated growth was an eyesore. In 1909, a concerned citizen despaired: ‘Those barren hills of Wellington, with the scarred, hideous bluffs … [are] a cause of mortification to those residents who have any sense of the aesthetic.’

The photograph below shows the bare hills near the top of Brooklyn Road (near the entrance of Central Park at Ohiro Road, today).

Local politicians also feared the development of inner city slums. A Housing Commission, which submitted a report to the Wellington City Council in 1903, agreed.

It declared that slum living would ‘endanger the health and morality of residents’.

This belief underpinned Wellington’s ‘Central Park’, located on the slopes between the CBD on the Te Aro flat (below) and the hillside suburb of Brooklyn.

Using money raised at a fundraising carnival, Central Park was ready for the public in October 1913.

One journalist quickly claimed that the park was ‘destined shortly to become an important and valuable pleasure resort’.

However, since its formation, Central Park has been valued for many different reasons, and also underappreciated and subject to neglect.

Growing trees for the Green Belt

Initially the site doubled as a nursery where seedlings for planting on the Green Belt and around the city were propagated.

By 1914, the 13 hectares of Central Park contained about 30,000 cuttings of exotic and native trees.

So many baby trees in one place was too tempting for some. In August 1915, green fingered ‘shrub thieves’ looted the park, in a ‘systematic wholesale way’.

In 1923, ratepayers lobbied the city council for park conveniences. The popularity of picnicking made this an urgent matter: the lack of public toilets tended to create an ‘unsavoury atmosphere’ as one petitioner politely put it.

Besides providing a leafy route for pedestrian commuters walking into town, Central Park has provided local children with an area to explore and play in and where adults could meander through gardens or contemplate untamed nature.

Concerts were another draw card, with live music performed in a band rotunda between 1936 and 1946.

A paddling pool (above) was installed for children along with a state-of-the-art playground, in 1927.

The playground included two ‘rock-a-byes’, an ocean wave, a forty-foot slide, a horizontal ladder, and a set of flying wings. The park was supposed to help children ‘in some measure to fit them for the battle of life later on.’

The playground was constructed in the mid-ground adjacent to the white cutting that you can see in the photograph below.

But some of the ways that Central Park has been used over the years were not anticipated by its civic-minded founders.

In 1931, for example, it was officially designated a rubbish tip and during WWII, American soldiers were housed in a camp on that same flat area, next to Brooklyn Road.

This area subsequently became the site of tennis courts and a tennis centre.

‘A liking for rural scenery’

Press reports reveal that during the 1920s and 1930s, the park also functioned as a place where lovers met and prostitutes worked.

This included the likes of Phyllis Davies (alias Ferraro, alias de Fleury, alias Phyllis Elven, alias Thelma Davies), who earned a three-month jail sentence after she propositioned a policeman in the park in January 1923.

‘Phyllis appears to have a liking for rural scenery, for it was while sitting under a shady tree in Central Park that she came into the hands of the police again.’

A new lease of life

Mitigating casual vandalism, while keeping the park environs safe and tidy have been a constant issue.

From 2005, voluntary community maintenance, habitat restoration, and tree planting undertaken by the Friends of Central Park has complemented the council’s activities.

In 2008, Wellington City Council completed a significant upgrade of the park.

The nature of art

Most recently, Central Park has become the site of a very popular biennial Upstream Art Trail, the brainchild of Barbara Hardy.

In their creative responses to the park, artists, designers, and local school children (see below) have added further layers of meaning to the park’s long and rich history. 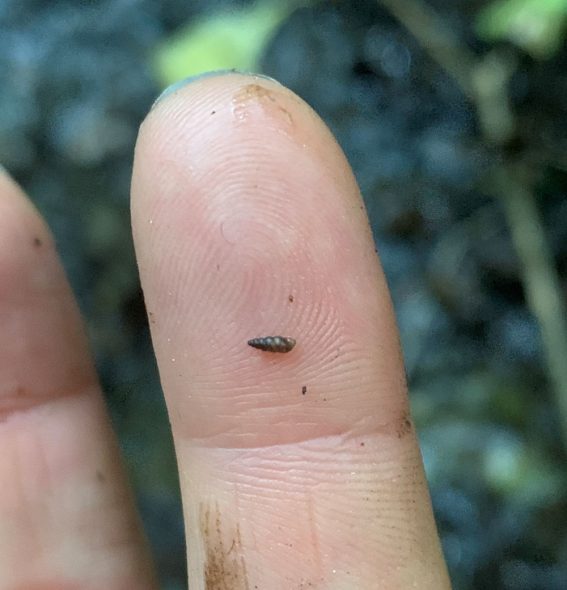 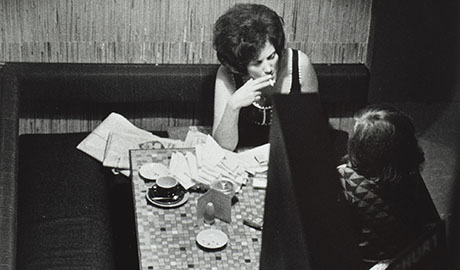