Hosting in Nga Toi in summer

Working in Ngā Toi over summer was interesting because it was so vibrant.  Swarms of visitors off buses, cruise ships and from different backgrounds suddenly appeared.  Having an art gallery located within the museum certainly attracts those who may not normally visit!

It was hectic introducing the feast of art on display,  giving out I SPY art trails, Art Detective Kits and audio guides to families, as well as keeping the Whare Toi (art studio) tidy.   Visitors asked us questions, chatted and hosts gave back.  It’s all part of being a Ngā Toi host!

The heart of the matter

In the heart of Ngā Toi is the Whare Toi, the art studio.  Some visitors drew for hours this summer.  Families gravitated to the drawing tables and rowdy children magically became quiet! On quiet days there was a contented hum around the tables, but on busy days it got much louder. Interesting things happened in this space.  One host sat down with a little Japanese girl and spent some time using the stencils to draw a funny face. The host said “She spoke Japanese the whole time even though I mainly pointed at my face and the stencils, very lovely!”  We have seen some fantastic drawings. 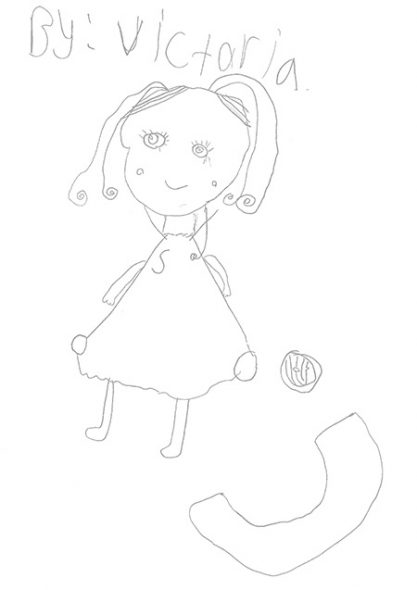 One day over the busy season the hosts noticed an unsigned drawing by someone, of a man with wings. The message at the bottom of it read: 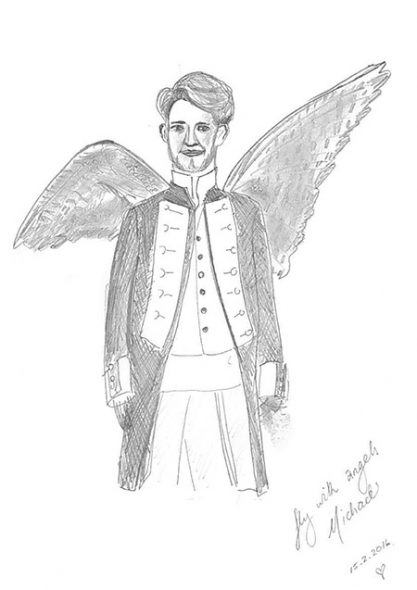 We knew it was a drawing of our dear colleague, Michael Boyes.  Michael died suddenly in January and it was a big shock for all the hosts.  He had just graduated with an art history degree, and I  remember him engaging with summer visitors while talking about the William Strutt painting View of Mt Egmont, Taranaki, New Zealand.  It was a sad loss and the curators were very supportive, working in Ngā Toi while our Visitor Services managers worked in Coat and Bag etc. so hosts could go to his funeral.

At the end of the busy season, we had installers working on a couple of exhibitions in full view of the public; this proved to be very popular with visitors who said amusing things:  “I had to come all the way to NZ to see how they get things in straight lines!”.  School groups watched photographs being taken down and asked “Where do the photos go after they are taken down?” “How long is it till they can be shown again?”

Some questions have been technical.  A host who knows about photography showed a woman the cyanotypes where the science photographs are displayed.  The woman told her she is a photographer herself and chatted in depth about cyanotypes, how lovely they are, and how great they were for fern photos in showing their details. They talked about the different types of photos in the show.

They also talked about the funny photo of the ‘moa hunters’, how it tricked some people (the moa of course was long since deceased and was stuffed!), and what colour the great bird might have been.

Over the busy season hosts were asked for ‘traditional Māori portraits’.  Often visitors want to see a Māori form of portraiture, rather than a more conventional European one.  We can offer both forms in the Ngāti Toa exhibition space:  paintings, lithographs and moko kanohi (facial drawings) on the land deeds and the drawing by Te Pēhi Kupe of his moko.  Having Te Pēhi Kupe’s moko was fascinating to the many European visitors who came in over the summer, opening up discussions about Te Pēhi’s travels to the other side of the world.

What made summer hosting interesting was how visitors responded to the art.  Photos triggered emotional responses in some people.  One day a visitor was almost in tears as she referred to the Spencer Digby portraits and said “Those people are probably dead by now and the life they experienced has gone for ever”.  Visitors responded to some art works by ‘touching’.  The Family by Para Matchitt must seem human to some because hosts caught visitors touching and hugging them.  We understand how they must feel but please don’t, art works like humans are fragile things!

It was a great summer season!