It is with great sadness that we bid farewell to an extraordinary New Zealander – potter, artist, railway enthusiast, conservationist and a self confessed ‘practical visionary’. Our condolences go to Barry’s family and many friends.

Barry was a second generation studio potter, following the pioneering achievements of potters including Len Castle who mentored Barry as a school boy in Auckland. From the beginning he was captivated by the transformative process of clay through kiln firing. The photograph above shows an early experimental kiln at the home of his parents in Devonport, Auckland. Unorthodox, he preferred to look beyond the guiding principles of Bernard Leach’s Anglo-oriental vessels. Creating domestic ware and large sculptural forms, Barry was inspired by railway iconography, anthropomorphism and the Pacific. Barry helped to define the late 20th century pottery movement in New Zealand.

From Auckland, he moved to the Coromandel in 1961, first teaching then buying land that was to form the core of Driving Creek Railway, pottery and eventually a native tree sanctuary (60 acres were added in 1973 that led to replanting of the kauri forest). All elements became integral to his life’s work including the miniature railway developed to transport raw clay to the workshop.

New Zealand photographers captured Barry’s practice including Steve Rumsey, Eric Lee-Johnson and John Daley. The photograph below showing Barry at his wheel, was commissioned for the Craft New Zealand exhibition, a European touring show developed by the Ministry of Foreign Affairs and QE II Arts Council in 1978.

Six large works were commissioned for the landmark exhibition Treasures of the Underworld Expo 92 in Seville, Spain. They were amongst his greatest: large and hand coiled, drawing on location and his strong sense of place within the Pacific.

Writing about these works, he commented:

“This is what excites me, making new forms [that] bring together images that have never been seen before. Perhaps they are a kind of anthropomorphic engineering that has grown out of being of the Pacific – open, generous and abundant.”
Exhibition catalogue ‘Treasures of the Underworld’, 1993

Barry was appointed an Officer of the Order of the British Empire for services to pottery and ceramics in 1988. He continued to make work to the end of his life and his rich career was recently celebrated in the Dowse Art Museum’s 2013 survey exhibition of his work, His Own Steam: The Work of Barry Brickell, and in the Auckland University Press book of the same name. 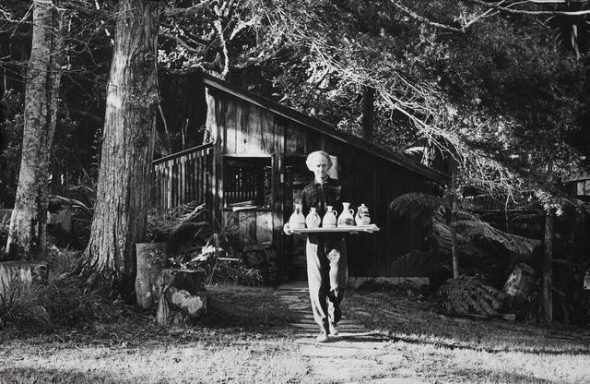 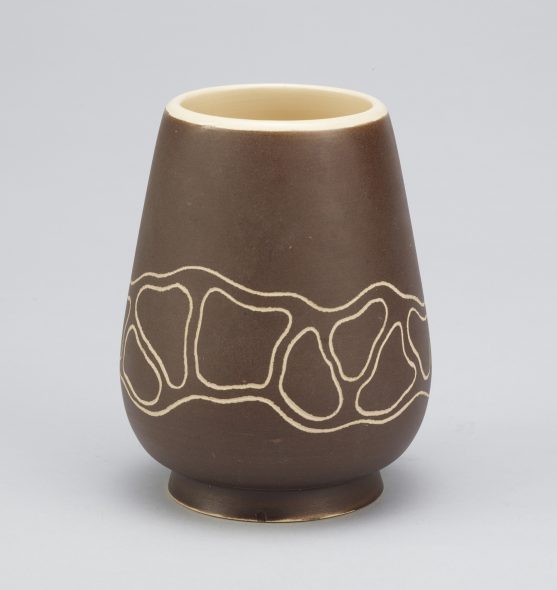