A relatively little known but fascinating area of Te Papa’s vast collection is its coins and medals. Medals are not only used to recognise military achievements – many of the medals in the collection, and those that I have been looking at, commemorate other events and achievements. Some medals were made to honour a person’s life, their research, or were awarded at exhibitions. One theme that kept popping out at me was exploration. Te Papa holds many medals that commemorate the exploits of some of the world’s greatest trailblazers. Captain James Cook, Sir Edmund Hillary, Captain Robert Falcon Scott, and Sir Joseph Dalton Hooker are represented, as well as some who were thrown unexpectedly into adventure. 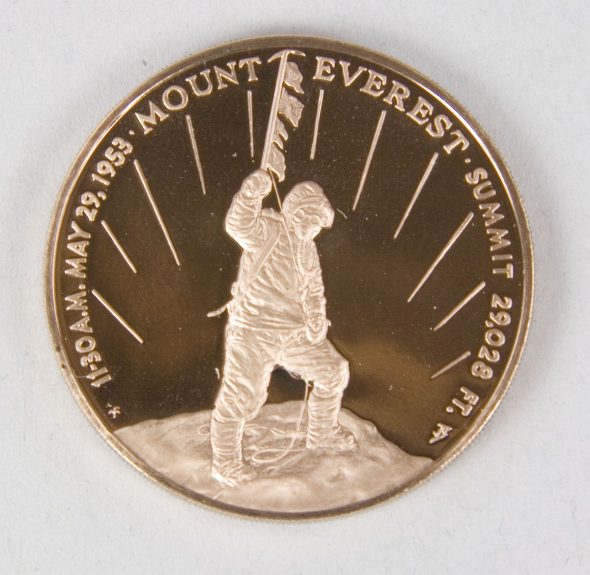 Issued in 1973, this beautiful medal by James Berry marked the twentieth anniversary of Edmund Hillary and Tenzing Norgay’s ascent to the top of Mount Everest. The reverse of the medal is a reproduction of the iconic photograph that Norgay took of Hillary when they had reached the summit. The medals were sold to raise funds for Hillary’s charitable organisation in Nepal. They could be bought for $4 each at Canterbury Museum. One dollar from each sale went to the Himalayan Trust, which helped to provide schools and hospitals for the Nepalese people. 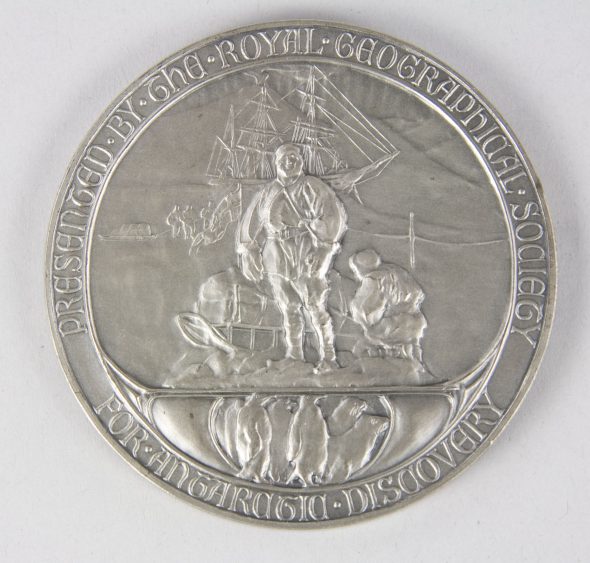 Robert Falcon Scott is another trailblazer whose achievements are recorded in the medal collection. This medal is a copy of the gold medal that the Geographical Society awarded to Scott for “Antarctic Discovery” on his 1901-1904 expedition. On this journey, Scott and his team achieved the “Farthest South” record, although Scott did not reach the South Pole until 1912. 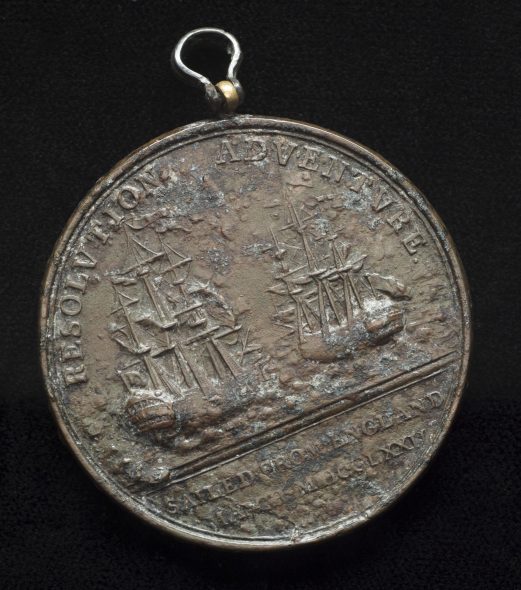 And what would a blog about exploration be without mentioning Captain Cook? The “Adventure & Resolution” medals are some of the gems of the collection. Joseph Banks (who ended up not going on the voyage because of an accommodation issue) commissioned around 2000 of these medals to be struck in brass for Cook’s second voyage. The crew on board the ship used the medals and other trinkets to trade with the local people they encountered. This particular medal was found on the Wairau Bar in 1930. 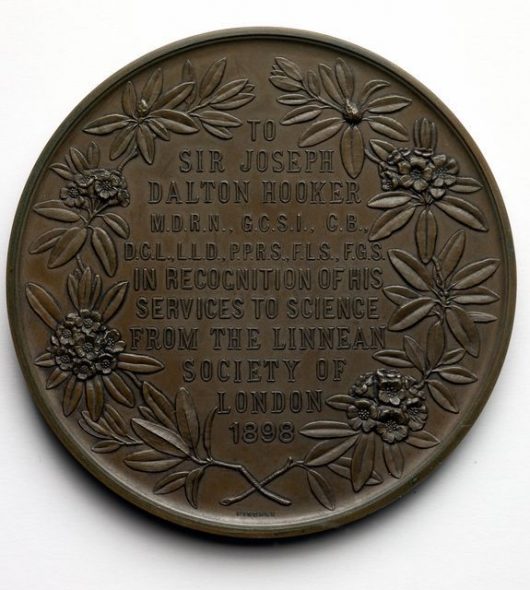 Joseph Dalton Hooker is perhaps less well-known than others mentioned here, but his journeys were just as epic, and his contributions to science just as important. He spent over three years travelling through India and the Himalayas from 1847–1851, collecting over 7000 plant specimens. The result of his travels was the book Flora of British India published in seven volumes. The final volume was published in 1897, and the Linnean Society awarded the elderly Hooker this medal the following year. Hooker was also a close friend of Charles Darwin. Hooker was the first person that Darwin told about his theory of evolution through natural selection. 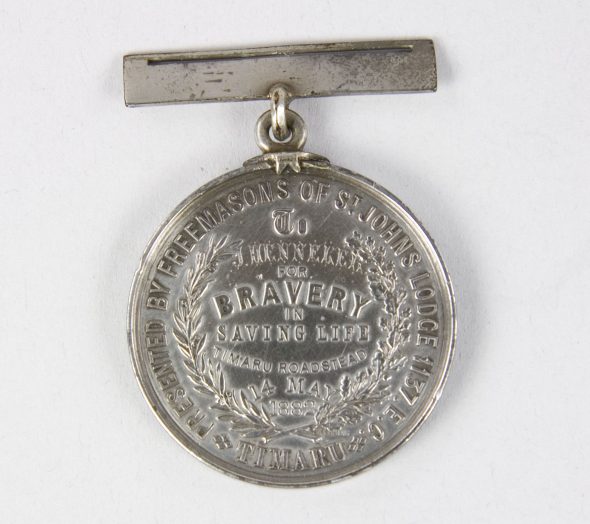 Other medal recipients were thrown into adventure unexpectedly – this medal refers to a nightmarish double shipwreck that occurred off the coast near Timaru in 1882. Two ships, the Ben Venue and the City of Perth, were caught in a sudden storm, which resulted in the loss of at least eight lives. The Freemasons awarded J. Henneker this medal for his role in saving life. He made two trips in a lifeboat, one to each ship, fighting against a heaving sea that capsized the boat multiple times, to rescue crew members. Henneker received quite a few injuries in the course of his heroic efforts, and ended up in hospital for six months, truly deserving this medal.

Do you or your family own any medals? Have you been awarded one? Do tell us about them in the comments below.