Te Papa vertebrate curator Dr Colin Miskelly recently led a team that visited Takapourewa / Stephens Island Nature Reserve, to select and gather up 100 fairy prion chicks to move to Mana Island near Wellington. This is the second in a series of blogs about the project and the wildlife of Takapourewa.

Takapourewa is best known as the home of New Zealand’s largest tuatara population, but it holds a rich diversity of other wildlife, including seven other reptile species. Unlike the tuatara (which is not a lizard), all the seven other species are lizards, comprised of four skinks and three geckos.

Tuatara, all four skinks and one of the geckos are frequently found inside bird burrows, and so we often encountered them while searching for fairy prion chicks. The entire island is riddled with fairy prion burrows, and tuatara and raukawa geckos are similarly found all over the island. In contrast, the six other lizard species have narrower habitat preferences, and some are much harder to find.

All seven lizard species have long been recognised as being present on Takapourewa. However, rapid developments in genetic research (in particular) have resulted in most species being considered as members of species complexes (groups of similar-looking, closely related species), requiring new names to allow lizard scientists to label each newly identified entity. Some of this work is still in progress, and so further name changes are likely.

The two largest skink species are currently known as the speckled skink (Oligosoma infrapunctatum) and the spotted skink (O. lineoocellatum). Both are members of diverse species complexes, and it is likely that the Takapourewa forms of both will require different names. Spotted skinks were common among the grassland where we searched for fairy prions, while speckled skinks were most often seen in the low shrub-forest, wherever the sun hit the forest floor. Speckled skinks from Takapourewa were translocated to Maud and Mana Islands in 2004.

The two smaller skink species (northern grass skink O. polychroma, and glossy brown skink O. zelandicum) had a similar habitat segregation, with the glossy brown skinks in damper forested areas, and northern grass skinks abundant in the rank grassland that was grazed by sheep until about a decade ago. Both species occur in the southern North Island and the northern South Island, including the Marlborough Sounds.

The raukawa gecko (Woodworthia maculata) was formerly known as the common gecko – but that ‘common’ name is now known to have concealed at least ten species, some of which are decidedly not common. Raukawa geckos are active by night, but many retreat into bird burrows during daylight.

The southern striped gecko (Toropuku stephensi) is a rare nocturnal gecko, most often found among vegetation a metre or so off the ground at night. The same species elsewhere is known only from Maud Island in the Marlborough Sounds, but a related species (the northern striped gecko) occurs on the Coromandel Peninsula.

The third gecko species on Takapourewa is the day-active Marlborough green gecko (Naultinus manukanus). They are well camouflaged among the shrub and vine leaves where they live, and are certainly more abundant than the 3-4 sightings that we made would indicate. Marlborough green geckos from Takapourewa have been introduced to nearby Wakaterepapanui and Puangiangi Islands after these islands were cleared of rats.

Tuatara mainly eat medium and large insects, e.g. beetles and weta, but will eat larger prey items at times. Fairy prions are hugely abundant on Takapourewa, with an estimated 1.8 million pairs attempting to raise a single chick each year. The eggs hatch in early December, with chicks departing the island in late January through to early February. The growing chicks provide a bountiful food supply for the larger tuatara (particularly adult males), which consume small downy chicks in burrows, and pursue and catch fledgling prions on the forest floor at night.

Takapourewa Nature Reserve is co-managed by Ngati Koata and the Department of Conservation. We thank both for permission to visit and to undertake the fairy prion translocation project.

Reptiles of Taranga (Hen Island) and nearby islands

Reptiles of the Poor Knights Islands 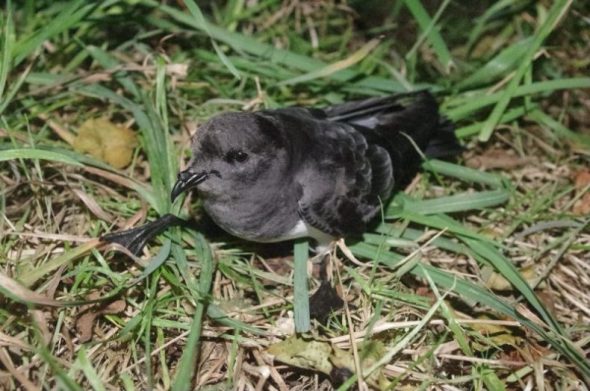 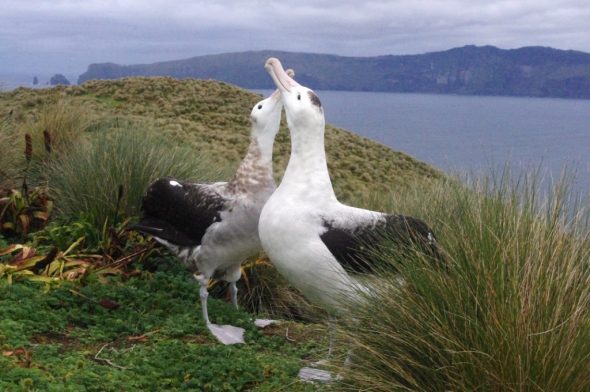 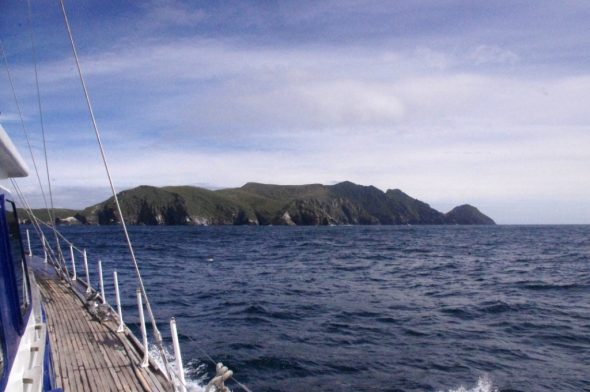