Wearable of the Week # 5

Wellington has moved into full WOW® mode this week, and Te Papa is in the midst of the whirlwind. Yesterday morning we welcomed 50 international WOW® designers onto Te Papa’s marae, and hosted 250 designers, would-be entrants, fans and creatives at a Design Forum in the afternoon.

Lynn Christiansen, the creator of this week’s spikey ‘wearable’, was the afternoon’s first inspiring speaker.

Lynn gave a great presentation on her journey from marketing executive to sculptor, jeweller and fully fledged WearableArt™ addict.  After 10 successful years in marketing, Lynn threw caution to the wind in 2001 and resigned from her job and became an art student. While studying sculpture at the Academy of Art University in San Francisco, she discovered that she had an affinity with metal, including jewellery making.  Her interest in jewellery led to an opportunity to work with fellow fashion design students to create jewellery for the runway. Her first wearable art pieces, which took the form of  jewellery as sculpture for the body, were inspired by her Norse heritage.

Her highly sculptural jewellery work attracted the eye of hipster fashion designer Jeremy Scott, with whom she has regularly collaborated with since 2005. Providing a couple of words as a brief for each collection, Scott proved to be a challenging but inspiring collaborator. Their work,which has included chain mail singlets, shoulder armour and metal bikinis, has graced runways in New York, Paris and Russia and numerous magazines including Vogue and i-D.

In 2007 during a stint in Australia, Lynn happened across the World of  WearableArt™ and decided to enter. The awards have provided her with the impetus to pursue her own wearable art ideas.  In her talk she admitted that it took her a few years to get the hang of WearableArt™ Awards – to make a garment that looked fantastic both in her studio and on stage in the context of the whole show. She hit the nail on the head in 2010 with Horridus, which was runner up to the Supreme award.

‘I needed to resolve how the parts would fit together, and when working in metal it’s not possible to make significant changes once construction begins.’

Although Teasel certainly shares a similar aesthetic with Horridus, it is made from a much lighter material, acrylic. Lynn found working in metal on such a large scale exhausting, and Horridus was a very heavy garment to wear. With Teasel, which is inspired by the spikey plant of the same name, Lynn set out to make a lighter, sculptural garment, and to push herself by using a material she hadn’t worked with before. She laser etched the acrylic just as she would metal, and heated and hand moulded the pieces into shape.

For this year’s entry, Lynn has returned to metal (now her fingers have regained their feeling!), and has worked with a water jet cutter to create Gokstad Alien Queen, a work that will be revealed to the public following tonight’s award’s show.

‘Wearable of the Week’ is posted in conjunction with The WOW Factor: 25 Years in the Making, which is on display at Te Papa until 17 August 2014. For more on the World of WearableArt™ visit WOW® online. 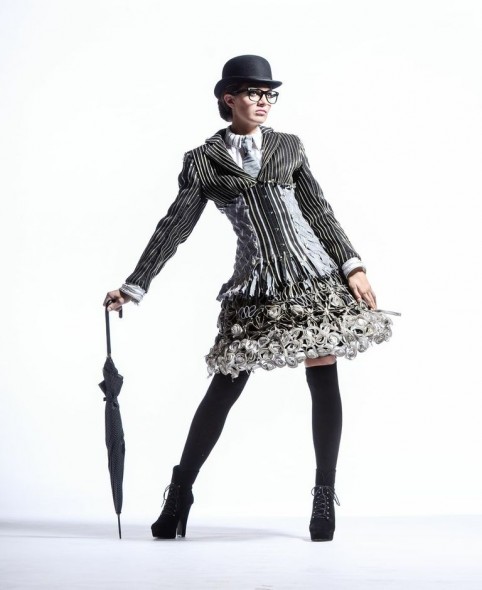 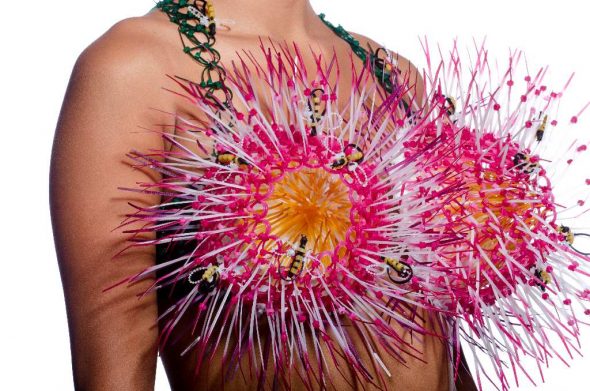 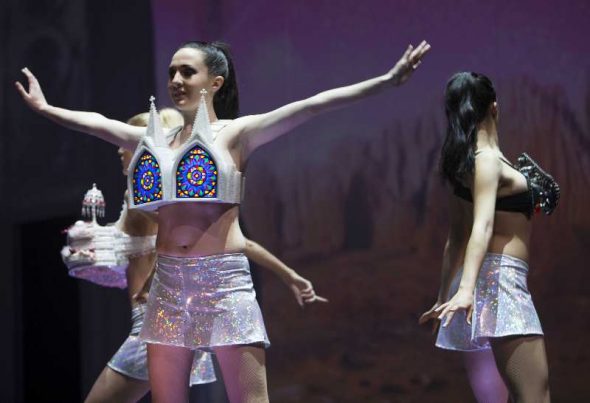