A Day of Legends

On Wednesday, several children came to Te Huka ā Tai at Te Papa and fished up the Te Ika a Māui (the North Island).  And why not? After a long and lovely day soaking in some of the scariest, hairiest, chilling and thrilling myths and legends Aotearoa has produced, it just seemed…you know…like a good thing to do. Also, there were prizes.

They did this just like our trickster slickster hero Māui -tikitiki-a-Taranga, who was a bit of an overachiever, when you think about it. Do you know how big the sun is, how far away it is, and perhaps most importantly for any person thinking of tying it up with a giant rope,  just how hot it is?  The answers are (1) a million earths could fit inside, (2) about 150 million kilometres away and (3) about 5,500 degrees celcius. And Māui, he put the hard word on the sun, and it did what it was told and slowed down!

Now, imagine also that you were the sister of the goddess of the underworld, and you discovered that some little trickster had fliched your five fingers of fire. That’s Māui again! And the fingernails belonged to Mahuika, who was the little sister of Hine-nui-te-pō, and he tricked her. Āue!

It wasn’t just Māui who turned up that day. Rotorua legend Hatupatu was there. There were some scary silver-skinned Patupaiarehe and some mad mean Maero (and if you know what Maero are, you know that it’s hard to get them to behave themselves). There were superheroes like Gwil here, who got face painted and fierce. 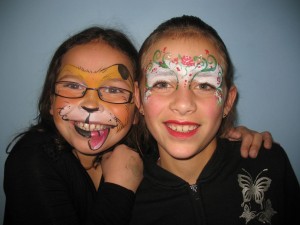