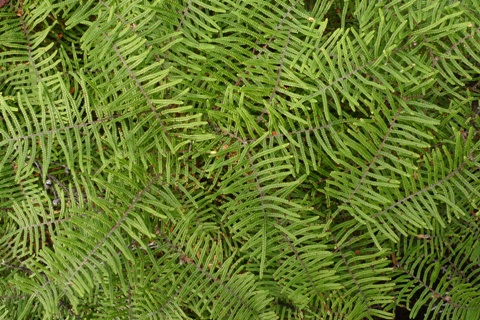 Gleichenia ferns often grow entangled with one another and with other plants; hence their common name of tangle ferns. But our understanding of them is also in a tangle. Two or three species are currently recognised in New Zealand, but I think there are at least five. The picture is of a new species. It looks similar to the others from above, but very different when viewed from below. I hope to formally describe it in a year or so. Then I will be able to show you the differences. Our fieldwork significantly extended the known occurrences of this fern. Photo Leon Perrie. © Te Papa. END_OF_DOCUMENT_TOKEN_TO_BE_REPLACED