Te Papa has over 240 items from Crummer including 227 black and white negatives some of which are badly deteriorated. Other than his rather amusing captions and a few dates we have very little information about the Crummer images. In the absence of details surrounding this collection I have started to look inside the frame for clues that might help us understand the histories captured within them.

Trade in the Cook Islands

Crummer was originally drawn to the Cook Islands to establish his shipping business between Auckland and Rarotonga. It is by no coincidence then that some of his photographic subject matter was trade specific. He captured all aspects of trade; views of the harbour, people arriving at trading houses on horseback and longboats bringing in Oxo cubes, sacks of flour and other imported foodstuffs.

Crummer also documented trading establishments including the thatched roof trading house of Donald and Edenborough which is described in the New Zealand Herald October 2 1888 as one of the chief trading houses in the Cook Islands. Donald and Edenborough had several branches in Rarotonga with agencies in Palmerston and the Austral Islands of Rurutu and Rimutara. The Rarotonga branch depicted in Crummer’s photograph was the hub of local industry housing steam powered cotton gins and coffee husking machines which may shed light on another of Crummer’s photographs Rarotongan Coffee Palace 1914.

Beyond his interest in trade it appears he was also quite taken by the introduction of new technologies such as the motorcar. Rather than being purely documentary his motorcar portraits (including one taken as an advertisement for his photography company) seem to engage with the novelty of the motorcar as a photographic setting.

Crummer staged a number of group portraits including a posse of ‘Cook Islands cowboys’ seated in and around motorcars draped with bouquets and floral garlands. Some of the accompanying captions such as ‘lure of the motorcar’ and ‘joys of the motorcar’ appear to capture some of the excitement that surrounded the advent of this technology in the Pacific.

Sifting through Crummer’s collection there was one peculiar object that caught my attention, the bicycle. Crummer photographed keen cyclists old and young mounted on their bicycles however it was the appearance of bicycles in staged portraits that stirred my curiosity.

Crummer took several portraits of individuals, groups and families posed alongside their beloved bicycles. Did Crummer simply have a penchant for bicycles or was there more to this strange photographic prop?

In New Zealand the bicycle boom of the 1890s saw the formation of cycling clubs in cities and towns across the country. By 1897 there was a total of 64 clubs in New Zealand. The cycle club phenomena also spread to the Pacific as reported in an issue of Te Torea a Cook Islands bilingual newspaper dated October 10 1896.

“On Saturday afternoon our friend Mr George Crummer had quite a busy time. On the lawn fronting Mr Scard’s residence all the members of the Rarotonga Cycling Club had assembled for the purpose of being photoised.”

The article goes on to describe Crummer grouping and photographing members in various positions before the club proceeded to pedal around in a procession. The sight of the circling cyclists inspired the reporter to proclaim “the wheel craze has reached our little island”. Local trading house Factorie Societe Commercial de L’Oceanie also capitalised on this craze offering cash discounts and lowered prices for “good strong bicycles with solid rubber tyres”. A week later the Te Torea reported seeing more Crummer photographs of cyclists in Rarotonga captured against “forest foliage”.

From these accounts and the many bicycle portraits in our collection it seems that Crummer was not only captivated by the local cycle scene but driven to document it. Crummer’s bicycle photography is a history told visually and a reminder that there is a lot to be discovered if we continue to look inside the frame.

Cormack James E. ‘Rarotonga was like that in the Nineties!’ Pacific Islands Monthly (1949) 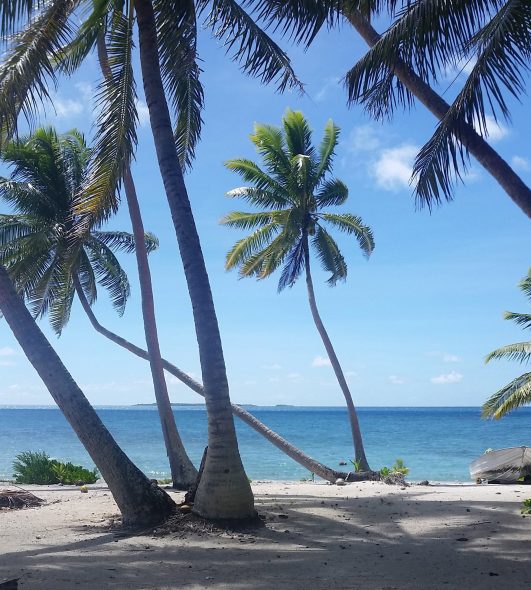 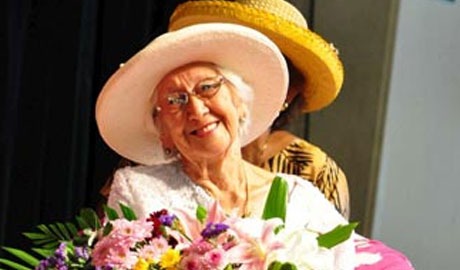 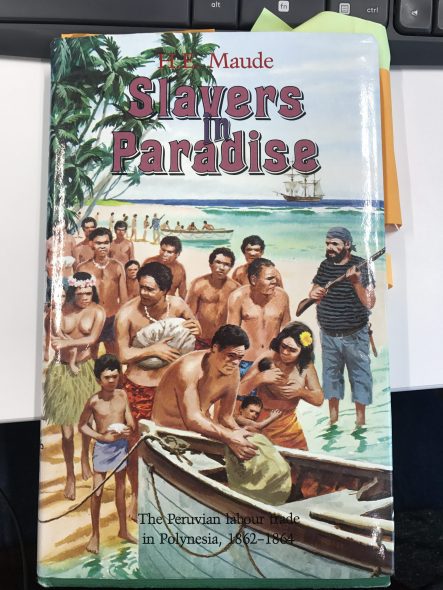