Connecting with cultural treasures: Visitors to the Pacific Cultures Collections

St Mary’s College and WellingtonHigh School visited the Pacific store with a particular interest in textiles.  They marvelled at the pandanus jacket (FE001055/1) and Mother Hubbard dress (FE001055/2) from Tuvalu that mixed local and foreign materials and techniques in its construction over 100 years ago. 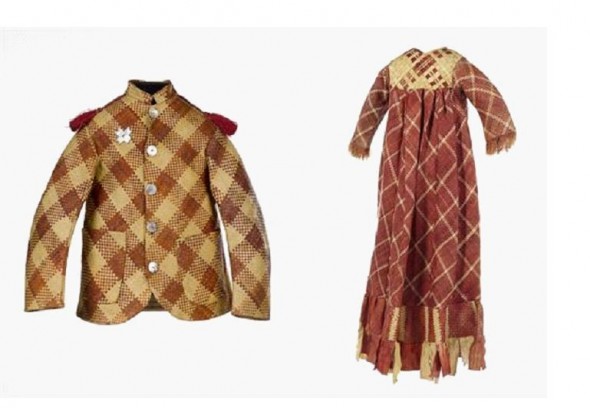 There have also been a steady stream of students from the Anthropology Department, Pacific Studies and History Department of Victoria University of Wellington.  Favourites amongst students include the porcupine fish helmet (FE010482) and the rere (shark tooth sword) from Kiribati (FE007940).

Visitors from other Museums

The Pacific Cultures team hosted visitors from overseas museums.  Firstly, we had two museum workers from the National Museum of China in Beijing who arrived in October to collect Chairman Mao’s kahu huruhuru (feathered cloak) which had been on display at Te Papa.  Earlier in October, we also met three visitors from Malaysia who were touring museums in New Zealand and Australia to learn and share good museum practises.

Most recently, we had an architect and museum planner from Fiji who were interested in learning more about the logistics and curatorial practises of museums, as they are currently undertaking an indigenous cultural centre project in Suva.  The visitors were all impressed by the care and respect shown towards the objects in the store and commented on how the storage and access to tapa cloth was user friendly and space saving. 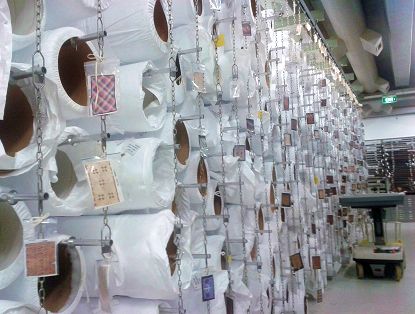 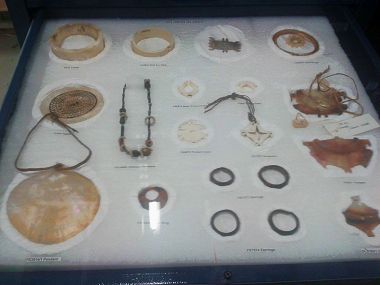 The workers from Beijing were especially impressed by the labour and detail of individual object moulds that had been made for most of the items stored in drawers. All agreed that the extra features in the store room strengthened the collections resilience in the event of a disaster, such as this secured panel in addition to a lock designed to ensure contents remain in draws should the drawer move in an earthquake. 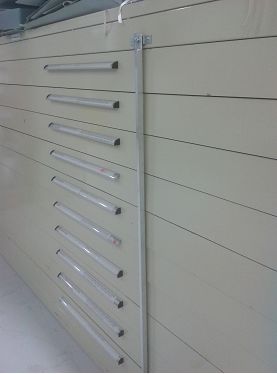 We were fortunate to meet six Tongan artists who were sponsored by Creative NZ on a cultural exchange to New Zealand.  Upon showing them Te Papa’s collection they shared their knowledge on some items, including a ta’ovala (waist ornament) and the different types of kali (headrests).

Rosanna Raymond and Suzanne Tamaki of the long standing arts collective Pacific Sisters stopped by to visit their 21st Sentry Cyber Sister (FE011080) which was acquired by Te Papa in 1997. Rosanna and Suzanne shared valuable commentary about the creation of the Cyber Sister as well as the trials and successes they have had as a group and as individual artists over the years.  It was quite emotional to hear them speak about Cyber Sister as a living object and what she meant for them as young Pacific and Maori women in New Zealand.

Access to the Pacific Cultures Collection is available by appointment for tours and visitors who want to view collections.  It’s great to see the local community as well as researchers take advantage of this accessibility.  While there are too many to list here, one of the highlights of these visits was during Fiji Language week in October when a group of Fijians came to view a selection of items from Fiji.  Their day at Te Papa featured on TVNZ show Tagata Pasifika, their segment can be viewed 6 minutes onwards on the Tagata Pasifika You Tube channel on the following link:

2013-12-19
Previous Post: Were broad-billed prions from The Snares part of the massive die-off of this species in 2011?
Next Post: A walk along Muriwai Beach