Remembering “The Best Kind of Bohemian”

Petrus van der Velden died in Auckland one hundred years ago today, destitute and far from his native Netherlands. He had arrived in Christchurch in the summer of 1890-91, the beginning of a decade credited with changing the path of New Zealand’s painting. Already an established artist, whose work and attitude had impressed the young Vincent van Gogh, he became a father figure for up-and-coming painters in Christchurch like Sydney Thompson, Raymond McIntyre and Archibald Nicoll.

In the Netherlands, his painting was preoccupied with the lives of everyday village people. A subject he returned to time and again was the funeral, an occasion that invites contemplation on humankind’s mortality. In New Zealand, this emotional focus shifted from the people to the dramatic scenery and he produced rugged landscapes in raw, turbulent paintings. This reinforces a constant theme in his work which presents humankind as diminutive in the face of natural forces and the inevitable cycle of life and death.

Van der Velden’s life was exemplary of these struggles. He moved constantly, frustrated by a New Zealand he called a “land of liars”. Yet, he was to die in the very country he had labelled “too young for art”. He was known for his dedication to his art and his indifference to social conventions. His obituary in the Lyttleton Times called him “the best type of Bohemian”. 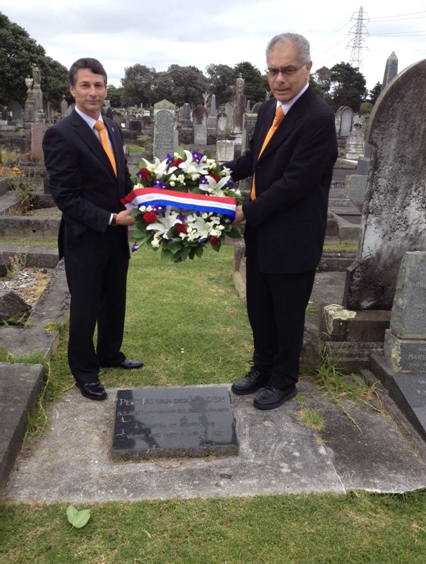 Van der Velden’s legacy will be explored further in a symposium at Te Papa later this month (28 November 2013), an event supported by the Netherlands Embassy. “Remembering Van der Velden” will bring together experts from New Zealand and overseas to talk about his work.