The Pacific Cultures team and the Art team would like to acknowledge artist and curator Jim Vivieaere who passed away a month ago after illness. 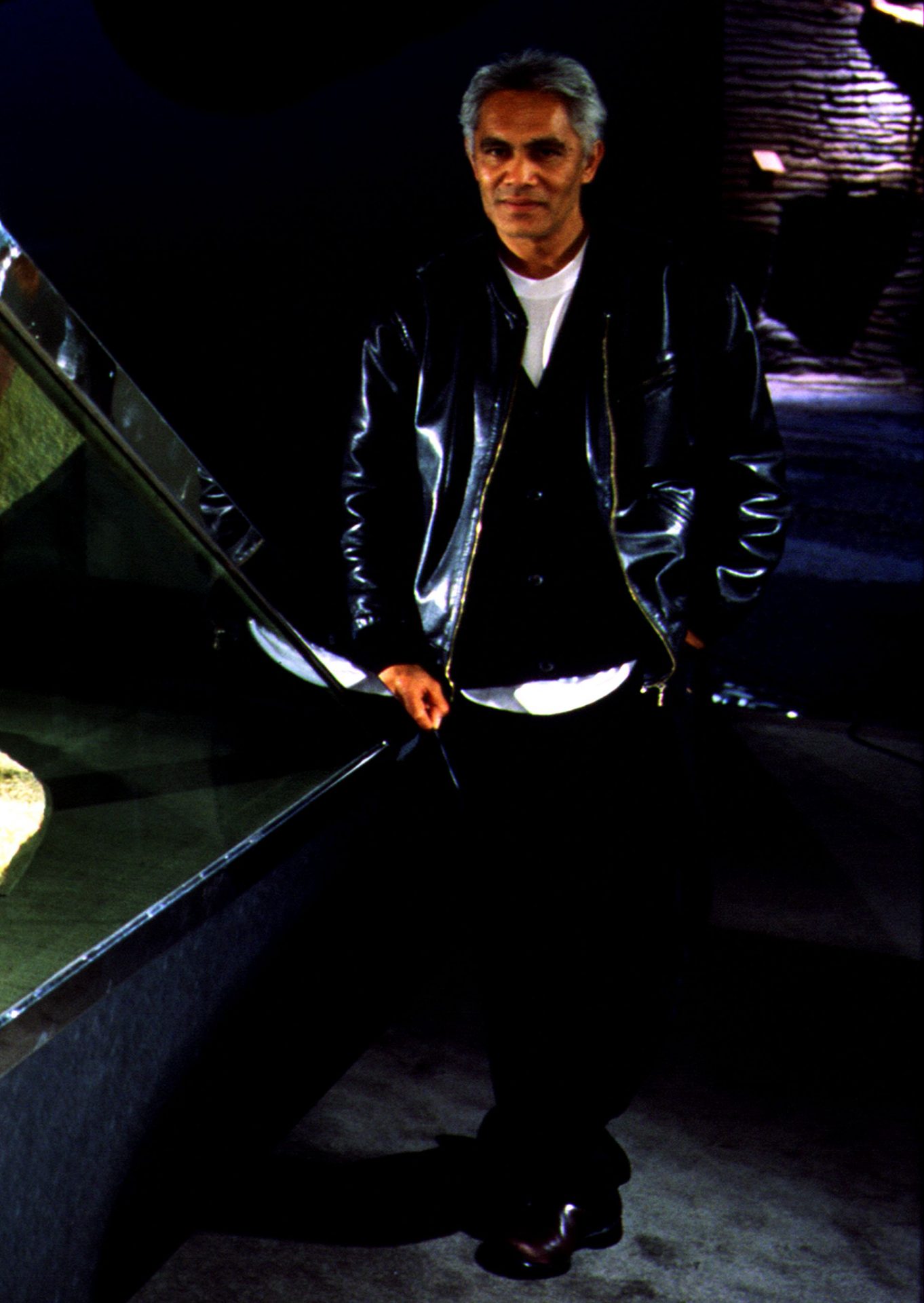 Jim’s involvement with Te Papa spanned many years and several projects including Art now: the first biennial review of contemporary art (1994). Art curator Christina Barton invited Jim to create a work in the Pacific Cultures Gallery at the former museum building in Buckle Street. Jim’s installation Two sky Rockets (one for adornment) featured two 44 gallon drums suspended centrally above artifacts on display in the gallery, and reflected on relationships of cultural and economic exchange in the Pacific. Throughout his career Jim held an interest in museums, artifacts and cultures of display and would return to this theme again in future works.

Jim’s connection with Te Papa included his support in the development of Fulimalo Pereira (now at Auckland Museum) and myself when we were interns with the Museum of New Zealand project in the early 1990s. We were both new to museums and art galleries at the time, and Jim agreed to participate in one of our first book projects Speaking in Colour: conversations with artists of Pacific heritage (1997).  His involvement in Speaking in Colour was critical in securing the involvement of others. It became clear to us that Jim was an influential leader in a determined but low key and quiet way. Throughout our careers he has been a valuable friend and advisor, and has shaped our practice in many ways, as he has for others in the museum.

Jim exhibited as an artist from the 1970s, but he was also an active curator and (among many other things) sometimes a writer. He was always looking to cross and disturb cultural boundaries, working with and against stereotypes. He brought complexity to the way we created, consumed and curated visual art in New Zealandand the Pacific. In a memorable article he wrote titled The Island Race in Aotearoa (1997) Jim described contemporaryPacific Island art in New Zealand as being a three legged race – both a novelty and a handicap event.

“‘The artist is tied to his community on one side and his audience on the other, uncomfortable about working alone in the Western tradition of individual statement, and at the same time constricted by the art world itself, which offers only a narrow opening – a vision of a imagined Pacific Island world – through which the work is admitted to a public space.”

Jim was involved in art projects of all kinds small and large, local and international. His work as a curator included the ground breaking exhibition Bottled Ocean (1994) which debuted inWellington and toured the country. He was an advisor to the Queensland Art Gallery and the Jean-Marie Tjibaou Cultural Centre inNew Caledonia. He held international artists residencies in Germany and Samoa.

Jim was also a great ambassador for the arts, welcoming visiting overseas curators and artists, showing them around town and through the country to visit local artists and galleries. In 2006, the Pacific Arts Committee of Creative New Zealand presented Jim with the Senior Pacific artist award, recognising his numerous achievements across many fields of creative activity.

Jim was an incredibly generous person who mentored and inspired many people. In 2010 and 2011, I had the pleasure of attending the Curating Pacific Arts Forums, part of the annual South Auckland Pacific Arts Summit. At both forums, participants representing at least the last 20 years of local curatorial and artistic practice, offered many (impromptu) acknowledgements and warm tributes for Jim and his work. I was glad he was there to hear them. Farewell Jim…

Please feel welcome to leave your own tributes to Jim in the comments section.

A tribute by Ron Brownson of the Auckland Art Gallery http://aucklandartgallery.blogspot.com/2011/06/jim-vivieaere.html