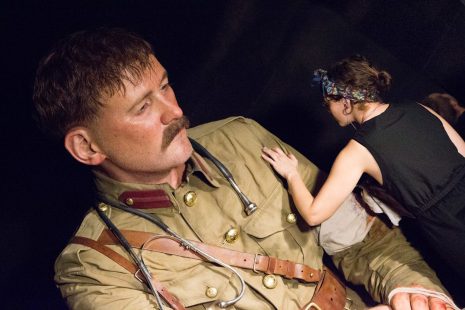 History curator Michael Fitzgerald introduces Lieutenant Colonel Percival Fenwick, the second, larger-than-life figure encountered in Gallipoli: The scale of our war. The 45-year-old surgeon’s despair is palpable, as leans over Jack Aitken on May 4th 1915, knowing that he has been unable to save the fatally wounded Canterbury infantryman. Fenwick (1870–1958) was born in END_OF_DOCUMENT_TOKEN_TO_BE_REPLACED