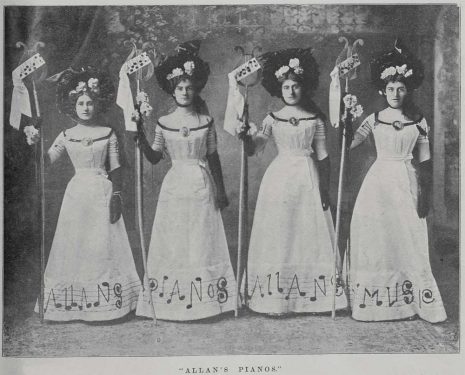 In September 1900, a new type of fund-raising ball caused a sensation in Australia, and made headlines across New Zealand – it was called a ‘Poster Ball’. While one reporter described it as a new ‘species of fancy dress’, another accurately called it ‘a new phase of advertising’. It was a novel combination both. In October 1900 END_OF_DOCUMENT_TOKEN_TO_BE_REPLACED