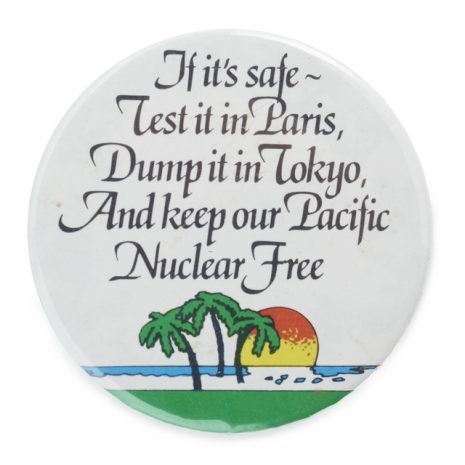 History curator Stephanie Gibson looks back to the 1980s, and an explosive event that shook New Zealand. Thirty years ago, on 10 July 1985, French government agents attached bombs to the hull of the Greenpeace flagship Rainbow Warrior and sank it in Auckland Harbour. The French government had feared that the END_OF_DOCUMENT_TOKEN_TO_BE_REPLACED

Thirty years ago, Wellington is voted nuclear weapons-free by the city council (14 April 1982). In 1981, New Zealand peace groups began campaigning for sites around the country to become nuclear weapons-free. This initiative was supposed to highlight the dangers of nuclear weapons and to change national policies related to END_OF_DOCUMENT_TOKEN_TO_BE_REPLACED