Smokin’! When cigarettes and fashion went hand in hand

Last weekend I travelled to Dunedin to attend iD Fashion Week’s famous railway fashion show and to see the exhibition When Dreams Turn to Gold at the Dunedin Public Art Gallery.

The exhibition is a celebration of the Benson & Hedges Fashion Design Awards, or the ‘B&Hs’ as it was fondly known, the tag-line of which promised to ‘turn dreams into gold’.

The awards did turn a number of dreams into gold. One label that benefited immensely from the awards and the national exposure that came with it, was WORLD.

The company’s founders, Denise L’Estrange Corbet and Francis Hooper, won the avant-garde section in 1995 with 21st Century Origami Dress. Their last-minute entry was made from two pieces of cardboard purchased from Whitcoulls and a roll of raffia, an economical investment that earned the duo a much needed $5,000 cash injection.

The garment is now in the Auckland Museum’s collection, and is included in the exhibition.

As a young Benson & Hedges fan in the 1980s, I didn’t understand that ‘Benson & Hedges gold’ had quite another meaning, or that Benson & Hedges was even a tobacco brand – there were no smokers in my family. To me it was just the name of the show.

But a tobacco brand it was. The glamorous attendees of the awards even received their tickets in gold cigarette box-inspired packaging.

The tobacco company had been associated with the awards from their inception in 1964. For many decades fashion parades and tobacco promotion had gone hand in hand, internationally and at home.

The Bristol based company W.D & H.O Wills, which had been manufacturing in New Zealand since 1919, were sponsors of the New Zealand Gown of the Year, a travelling fashion show that ran from 1958 to 1964. During the show’s interval, complimentary Wills cigarettes were given out in abundance.

Wills frequently used the shows to launch new ranges of cigarettes designed especially for women. During the 1964 show, the Gown of the Year models even performed a choreographed dance dressed in cigarette-box costumes.

Lighting up the catwalk

Recently, I was surprised to come across this photograph from a New Zealand Wool Board parade compared by Mary Annette Hay (née Burgess) in 1949, the year after the Department of Health first began to produce posters linking lung cancer with smoking. The model is actually lighting up on the catwalk.

Mary Annette Hay was the NZ Wool Board’s Promotions Officer. From 1948 to 1956, she developed a series of theatrical shows which were scripted to showcase the many ‘magical’ properties of wool. The shows featured high fashion garments from Britain and Europe, along with local brands.

I wonder if the model was simply aiming to emphasise the sophistication of her outfit with a cigarette and hazy puff of smoke, or if Mary Annette was using this scene to highlight wool’s inflammable properties!

Smoking had become more socially acceptable for women in the early 20th century, and through Hollywood and cigarette-wielding stars such as Marlene Dietrich and Bette Davis, smoking had become associated with glamour and sophistication.

Following the Second World War, one-quarter of New Zealand’s adult female population were smokers along with three-quarters of the male adult population. As Jock Philips in Te Ara has noted:

‘At first advertisements promoted the view that women should smoke for leisure – at parties and dances. Eventually the slogan of Player’s cigarettes was, “Whatever the occasion”, while another brand’s slogan was, “It’s always time for a Capstan”.’

During the 1940s women could even reflect their enthusiasm for cigarettes through their actual choice of clothing and accessories, from elegant cigarette lighters and holders to various novelty items.

The collector’s card of ‘goofies’ or novelty buttons below, which featured in the Dowse Art Museum’s 2015 exhibition All The Jazz: Deco Highlights from the Ruth Meier Button Collection, features a range of cigarette pack buttons and even a stinky cigarette butt button.

Meanwhile, Wills enabled women to whip up a whole dress with fabric printed with their favourite cigarettes.

The end of tobacco sponsorship

Cigarette advertising was banned from New Zealand television and radio in 1963 following pressure from the Medical Association. Tobacco brands, however, still managed to command screen space through sponsoring high profile events such as sports and fashion shows.

Tobacco sponsorship increasingly came under attack in the 1980s with the formation of the lobby groups such as ASH (Action on Smoking and Health) which was founded by health professionals.

In 1989, Helen Clark, who was then the Minister of Health, announced the Labour government’s intention to introduce legislation to ban tobacco advertising.

In August 1990 Parliament passed the Smokefree Environments Bill which restricted smoking in offices, the public parts of workplaces, and in public and eating places and transport; banned advertising of tobacco products, tobacco sponsorship, and tobacco advertising on other goods, and established a health sponsorship council.

My first holiday job between school and university in the late 1980s was to inform retailers, on behalf of the Palmerston North City Council, of a new by-law that forbade people from smoking in shops. Needless to say I was not given a warm welcome by every retailer!

The National party entered government in October 1990 having promised to repeal the tobacco sponsorship ban.

However, in 1993 Parliament, in an all-party consensus, agreed to end tobacco sponsorship in 1995, thereby allowing sponsorship-reliant organisations and events two years to find alternative forms of sponsorship or funding.

From tobacco to smokefree sponsorship

With no other sponsors in sight, the Health Sponsorship Council (HSC), which was established under the Smoke-free Environments Act, stepped in as the awards’ new naming rights sponsor. The first Smokefree Fashion Design Awards took place on 26 April 1996.

Green, rather than shimmering gold, became the awards’ signature colour, and their new symbol a pounamu pinhead.

Taking the ash out of fashion

As Dr Natalie Smith, who curated When Dreams Turn to Gold for the Dunedin Public Art Gallery, has written:

‘The HSC obliterated all references to European notions of glamour signified by the gold branded sponsor’s product. Publicity material proclaimed Smokefree would “take the ash” out of fashion, implying an industry that had burnt itself out, was irrelevant and now dead.’

In 1997 Kim Fraser and Deborah Crowe won the Avant-Garde and Supreme Award at the Smokefree Fashion Design Awards with Dual Outlook, which is now in Te Papa’s collection.

The garment featured on the publicity material for the awards, which, in contrast to Smokefree’s message about health, used the catch-phrase ‘dressed to kill’.

The Smokefree Fashion Design Awards were not to last. They came to a close the following year.

It was a sad day for many B&H fans. However, during the awards’ 34-year history they did turn a number of dreams into gold. They gave us some unforgettable garments and TV moments, and paved the way for the World of Wearable Arts, Style Pasifika, the Hokonui Fashion Design Awards, and New Zealand Fashion Week.

When Dreams Turn to Gold is on at the Dunedin Public Art Gallery until 25 June. Co-curated by Dr Natalie Smith and Lucy Hammonds, the exhibition features photography, film footage, and of course a range of awarding winning garments, including several from Te Papa’s collection.

Rest assured, there is not a cigarette box to be seen or whiff of smoke to be smelt! If you can’t make it to Dunedin you can re-live some of the shows most glorious moments through NZ on Screen. 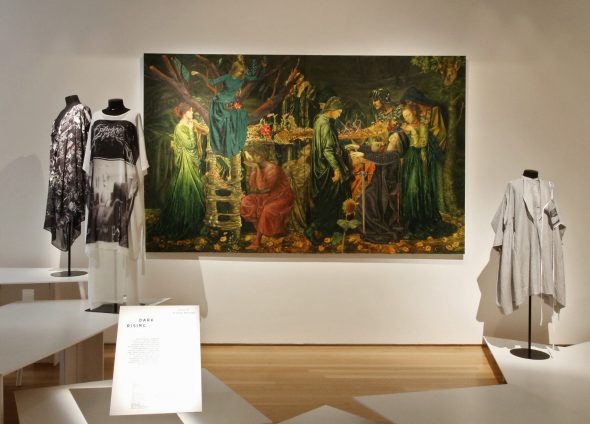 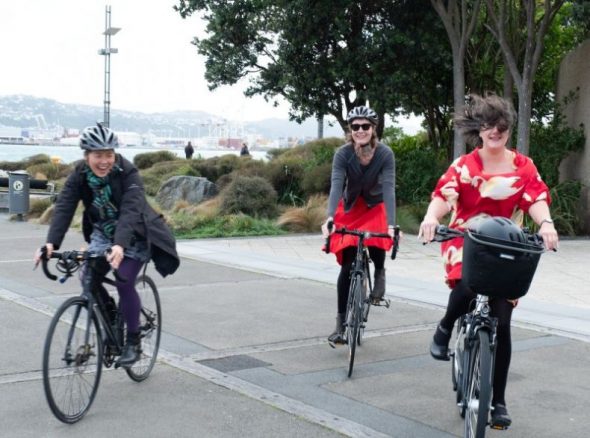 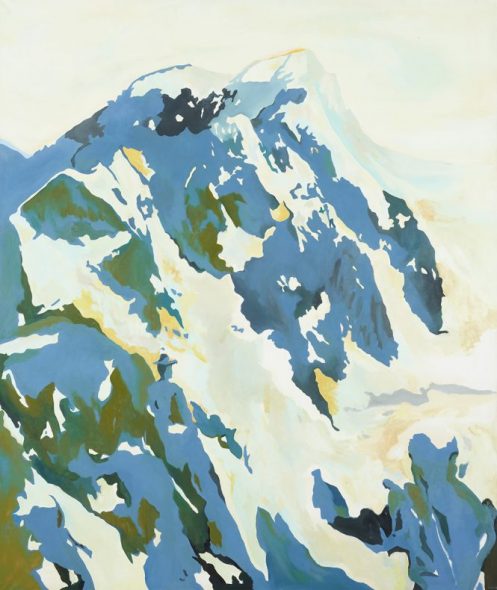