Public talk: NZ fashion in the 1960s with Michal McKay and Jillian Ewart

By: Claire Regnault
Interested in a nostalgic trip back in time to the heady fashion world of the 1960s?
If so, please join myself and influential fashion icons and media women, Michal McKay and Jillian Ewart in conversation at Te Papa on 21 July at 6.30pm, as they recall the heady days of New Zealand fashion in the 1960s when New Zealand Vogue and the New Zealand Wool Board reigned supreme.
Michal McKay, 2011. At the tender age of 21 Michal McKay became the fashion editor of New Zealand Vogue after a three month internship at British Vogue, where she was ‘Voguerised’.  She remained with Vogue NZ until 1967, when she left to pursue an international career in magazine publishing. 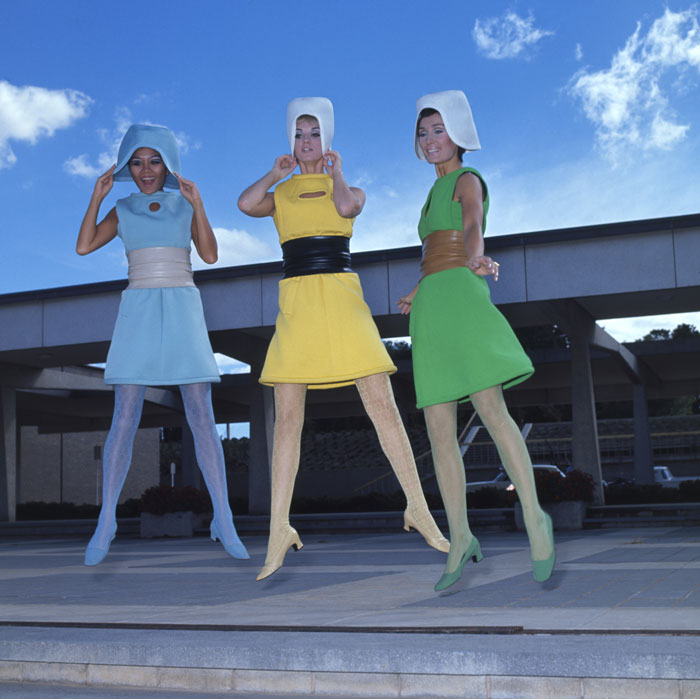 With a background in journalism, Jillian Ewart became the fashion adviser for the New Zealand Wool Board in 1965, and was the dymanic force behind numerous parades and campaigns which involved not only local designers, but visiting international celebrities such as Pierre Cardin who visited NZ and Australia in 1967, Miss World and Miss Wool America.  Jillian subsequently moved into television, and was responsible for developing the format for the highly successful Benson and Hedges Awards for Fashion Design.

The evening will focus around key questions such as: What was it like in London in the swinging sixties working with top fashion photographers like David Bailey and Helmut Newton? What were the Paris Collections really like? How did New Zealanders respond to Pierre Cardin’s space age show in Auckland?
If you have any pressing questions you would like asked during the evening, just drop me a line in the ‘comments’ box!